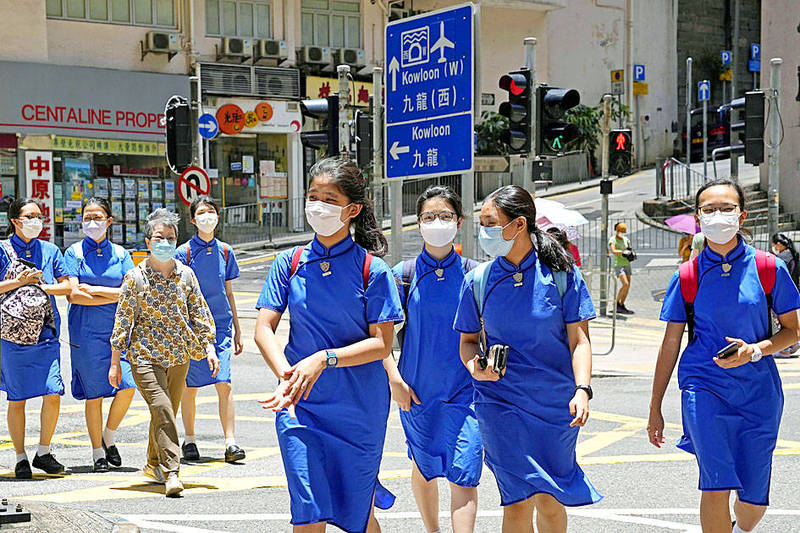 Hong Kong has instructed censors to ban any movie that could be seen as endorsing activities that would contravene the National Security Law imposed by Beijing last year, the latest curb on freedom of expression in the territory.

Hong Kong yesterday said it was amending guidelines under the Film Censorship Ordinance to consider the security law — which bars subversion, terrorism, secession and collusion with foreign forces.

The rules determine the suitability of movies planned for public exhibition in the territory.

Censors should be mindful of their duty to prevent and suppress acts or activities that endanger national security, including anything that threatens the “territorial integrity” of China, the Hong Kong government said.

“The censor should be vigilant to the portrayal, depiction or treatment of any act or activity which may amount to an offense endangering national security,” it said.

That includes “any content of a film which is objectively and reasonably capable of being perceived as endorsing, supporting, promoting, glorifying, encouraging or inciting such act or activity,” it added.

The new rules are the latest effort to roll back freedoms in the territory, which is home to the regional headquarters of many international news organizations and guarantees freedom of expression under the Basic Law.

Local authorities have also moved to restrict access to public information, including the important Companies Registry, and have launched an overhaul of public broadcaster Radio Television Hong Kong, which has had some hard-hitting programs and episodes canceled.

The new rules instructing censors to block movies that could endanger national security use “very vague language” and are open to interpretation, said Keith Richburg, director of the University of Hong Kong Journalism and Media Studies Center.

“It’s hard for me to see how a film could endanger the security of any country, but let’s hope these guidelines don’t cause filmmakers or film distributors to begin self-censoring out of fear of crossing the vaguely delineated red lines,” Richburg said.

Since China imposed the law on Hong Kong in the wake of unprecedented unrest throughout 2019, authorities have used the legislation to arrest and prosecute dozens of democracy advocates, lawyers, former lawmakers and students, mostly for political speech that was deemed subversive.

The law has been condemned by Western governments, including the US and UK, and led numerous nations to suspend extradition arrangements with the territory.

The new rules would appear to apply to anyone planning to screen a film in Hong Kong at movie theaters or public places, which includes private companies and members’ clubs.