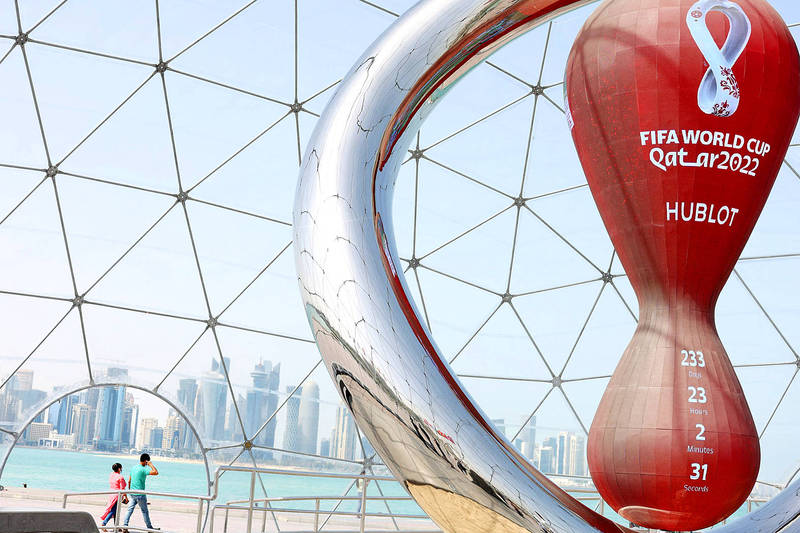 The FIFA World Cup countdown clock is pictured outside the Doha Exhibition and Convention Center in Qatar on April 1. Photo: Reuters

Following the ministry’s protest on Wednesday, “Taiwan” replaced “Taiwan, Province of China” on a dropdown menu on the Web site to apply for a Hayya Card, an identification card all World Cup spectators are required to obtain, ministry spokeswoman Joanne Ou （歐江安） said.

“We express our appreciation to the event organizers for their swift response in making the correction and safeguarding the rights of our nation’s fans,” she added.

The card also serves as an entry visa for ticket holders at the first winter World Cup, which is to be held from Nov. 21 to Dec. 18.

Taiwanese had complained that the dropdown menu of nationalities listed the nation as “Taiwan, Province of China,” although it had the Republic of China flag.

Ou on Wednesday called on event organizers to correct the form instead of “belittling Taiwan’s sovereign status.”

Qatar has no official diplomatic ties with Taiwan, but recognizes the People’s Republic of China.

This year’s World Cup is to be the first held in the Arab world, and the second in Asia, after the 2002 tournament in South Korea and Japan.