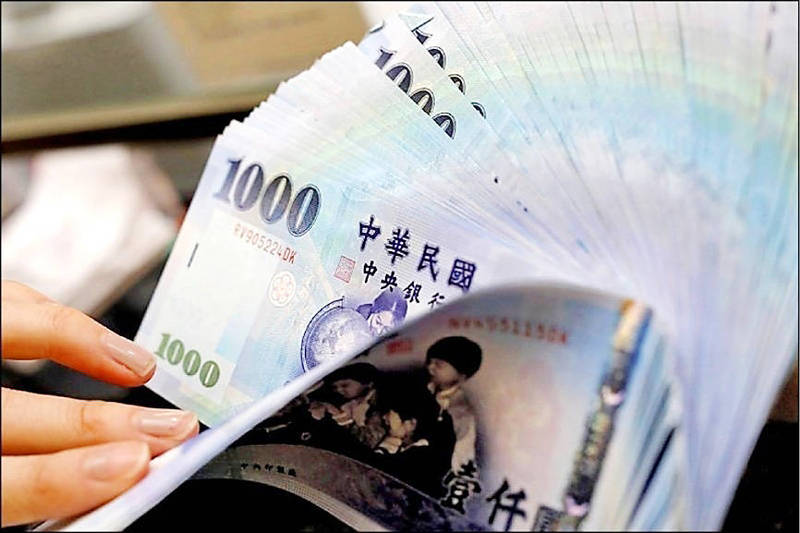 AMID VIRUS: In its first foreign-exchange policy report, the administration of US President Joe Biden refrained from labeling any economy a currency manipulator

/ Bloomberg and CNA, with staff writer

Taiwan’s central bank yesterday urged the US to temporarily ease its monitoring of trading partners for currency manipulation during the ongoing COVID-19 pandemic.

The US Department of the Treasury should suspend its three criteria for designating major trading partners “currency manipulators” while the world battles the COVID-19, the central bank said in a statement on its Web site.

In its first foreign-exchange policy report on Friday last week, the administration of US President Joe Biden refrained from labeling any economy a currency manipulator, despite saying that Taiwan, Switzerland and Vietnam met the threshold.

The three criteria are having a trade surplus with the US of at least US$20 billion, a current account surplus exceeding 2 percent of GDP, and foreign-exchange interventions amounting to at least 2 percent of GDP.

Last year, Taiwan had a trade surplus of US$30 billion with the US, its account balance was 14.1 percent of GDP and its net foreign-exchange purchases amounted to about 5.9 percent of GDP.

The central bank said that it disagrees with the US applying the same model as used previously to determine whether the New Taiwan dollar is undervalued.

It also denied that Taiwan has sought to gain an unfair trade advantage by intervening in currency markets, saying that the free movement of large amounts of capital is the main cause of exchange-rate fluctuations and foreign-exchange transactions have little relevance to international trade.

The US on Friday said that it would initiate enhanced engagement with Taiwan to address what the report called the “structural undervaluation” of the NT dollar.

It also reiterated calls for Taiwan to refrain from intervening in foreign-exchange markets, except in exceptional circumstances.

It urged Taiwan to save less and invest more, including by encouraging consumption and building a stronger social safety net to help lower savings, “to diversify growth drivers away from exports” and “reduce the incentives to maintain an undervalued exchange rate.”

The last time Taiwan was named a currency manipulator by the US was in 1992.

On Friday, the Treasury Department said that it would engage with Taiwan, Switzerland and Vietnam to see if their actions constituted breaches of the Omnibus Trade and Competitiveness Act of 1988.

To be considered a currency manipulator, the US would also need to find, as required by the act, that a trading partner did so to prevent effective balance of payments adjustments or gain an unfair competitive advantage in trade.

The process to find evidence would continue, the report said.

Ireland and Mexico were added to the Treasury’s watch list, which means they met two of the three criteria for designation, while China, Thailand, India, Japan, South Korea, Germany, Italy, Singapore and Malaysia are on a monitoring list.

The agency said China’s “failure” to be more transparent around activities at state-owned banks warrants close monitoring. Those banks can act in currency markets with official guidance due to close relationships with China’s central bank.

“Treasury is working tirelessly to address efforts by foreign economies to artificially manipulate their currency values that put American workers at an unfair disadvantage,” US Secretary of the Treasury Janet Yellen said in a statement accompanying the report.

《TAIPEI TIMES》 US presses Taiwan for more a…