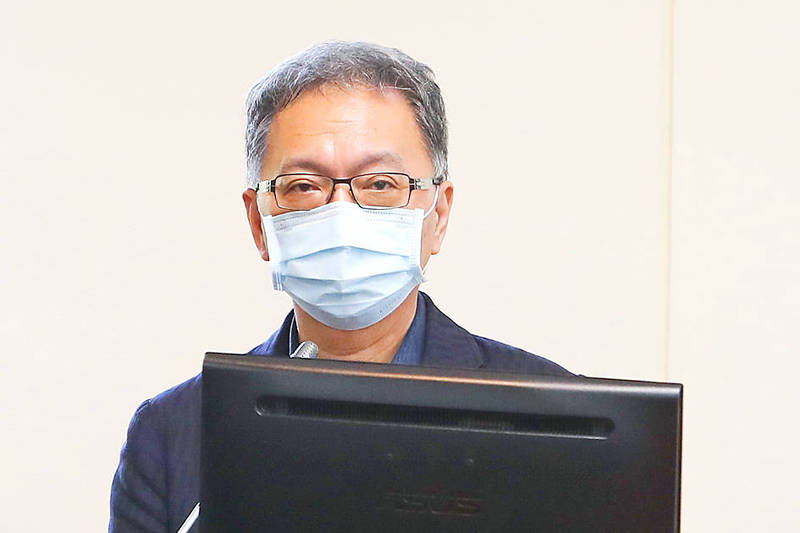 LOOMING POLICY: The deputy health minister said that from Jan. 1, any local laws contradicting the central government over ractopamine in pork would be invalidated

Hsueh made the remark at a meeting of legislative committees yesterday morning to review a policy allowing imports of US pork containing ractopamine from Jan. 1.

Several local governments have regulations for zero tolerance of ractopamine in pork.

“As of Jan. 1, any such local regulations would become invalid, as they contradict the central government,” Hsueh said, adding that the ministry would not revoke the local regulations, but they would automatically be superseded.

If the regulations of the central and local governments contradict one another, people — especially pork vendors — would be confused about which law to follow, he said.

Local regulations with zero tolerance for ractopamine in pork would result in fines for pork vendors selling products containing ractopamine, but the vendors would file lawsuits if they followed the central government’s maximum residue limits, he said.

The draft amendment to the act is being reviewed by the Legislative Yuan, so whether local regulations contradict the act remains unclear, Chen said.

In related news, the Chiayi County Council held a special meeting to review a proposed amendment to the Chiayi County Self-Governance Ordinances for Food Safety Management （嘉義縣食品安全管理自治條例）, which would stipulate that in the county, beta-agonists — including ractopamine — must not be detectable in pork or products containing pork.

Nineteen of the county’s 36 councilors have signed the proposal.

A 2017 amendment to Taichung’s self-governance ordinances for food safety management prohibits pork and pork products in the city from containing beta-agonists, Taichung Mayor Lu Shiow-yen （盧秀燕） said yesterday, adding that the municipality would not change its rules just because it received a document from the ministry.

Lu said that the city council was unlikely to propose modifications to its regulations.

However, the municipality insists on a zero tolerance policy and has instructed its schools to only serve domestic pork.