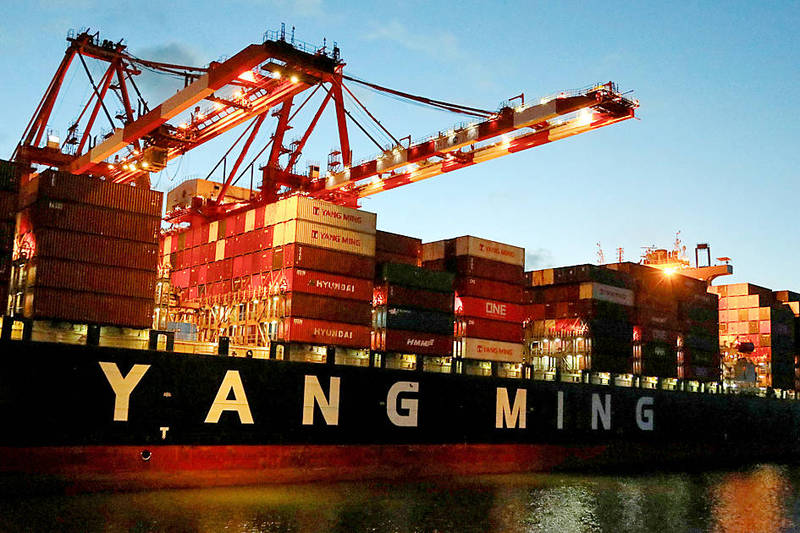 RECORD HIGH: Last month’s results were better than expected in all categories and the ministry said that it expected this month’s orders would be almost as high

The nation’s export orders last month grew 9.9 percent year-on-year to a record high US$50.03 billion, backed by rising demand for smartphones and 5G-related gadgets, as well as chips used in the devices, the Ministry of Economic Affairs （MOEA） said yesterday.

It was the seventh consecutive month of annual growth, and the ministry forecast that export orders would climb to between US$51.5 billion and US$53 billion this month, an increase of 8.9 percent to 12.1 percent year-on-year.

Growth in the electronic products sector was “especially notable,” Huang said, adding that the traditional sectors worst hit by the COVID-19 pandemic were “recovering.”

Orders for electronic products grew 29.7 percent year-on-year and 14.5 percent month-on-month to US$16.1 billion due to sustained strong demand for work-from-home equipment, 5G applications and high-performance computing equipment, she said.

However, Huawei Technologies Co （華為） stockpiling chips before US sanctions took effect on Sept. 15 was also a factor, she added.

Orders for optical equipment were up 19.6 percent year-on-year to US$2.4 billion on work-from-home, distance-learning and entertainment-at-home demand, she said.

Orders for the information and communications technology sector fell 9.6 percent year-on-year to US$13.9 billion due to the delayed launch of “a smartphone product by an international company,” Huang said.

Plastic product orders also returned to growth, increasing 13.9 percent year-on-year to US$2 billion, while those for chemical products fell 2.6 percent to US$1.4 billion, but the decline was mild compared with the double-digit percentage decreases in the previous six months.

Orders for mechanical products grew 23.7 percent year-on-year to US$1.9 billion, “as more countries allocate production back home,” the ministry said in a statement.

The percentage of products made in Taiwan last month increased to 46 percent from 42.7 percent in September last year, ministry data showed.

The increase reflects a trend to decentralize production, Huang said.

“China used to be the world’s factory, but we are seeing a trend to move production to other countries as a risk mitigation measure,” she said. “We expect to see this trend continue.”

Small and medium-sized enterprises would likely to be most hurt when the strength of the local currency begins to affect the competitiveness, Huang said.

“Large manufacturers are more likely to be price-setters in their industry and are insulated against fluctuating exchange rates through risk mitigation measures,” she said.