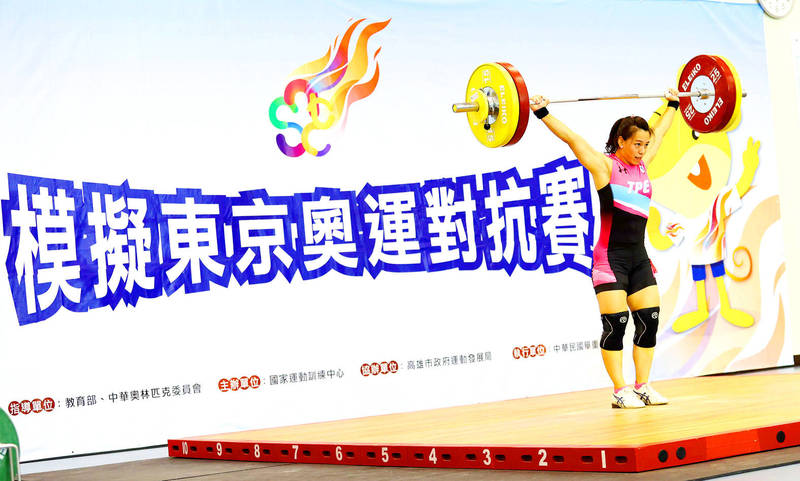 Weightlifter Kuo Hsing-chun （郭婞淳） and four other weightlifters on the Taiwan national team are to leave today for the Asian Weightlifting Championships in Tashkent, Uzbekistan, after receiving their first dose of the COVID-19 vaccine at the end of last month, the Sports Administration said.

The championships, one of the important qualifying tournaments for the Tokyo Olympics in July, are to be held from Friday to April 25.

The International Weightlifting Federation organized a qualification period — from November 2018 to this month — so that athletes could accumulate enough qualification points to compete in Tokyo.

The qualification period was divided into three, and the athletes must participate in six events, with at least one taking place in each of the three periods.

The points are calculated by adding up the four best results from the six events, and the athletes with point totals in the top eight are qualified to compete in the Games, the agency said.

The events are gold, silver or bronze-level events, it said, adding that the Asian Weightlifting Championships are a gold-level competition, where a win would greatly boost final scores.

Prior to the competition in Uzbekistan, Taiwanese weightlifters competed at five events, it added.

Kuo, whose points in the women’s 59kg category rank her as No. 1 in the world, is one of the nation’s gold-medal hopefuls.

She received her first dose of the COVID-19 vaccine last month, after the Central Epidemic Command Center made Olympic athletes a priority group.

The five weightlifters are to return to Taiwan on April 27, when they will be required to undergo a 14-day home quarantine, the agency said.

“The athletes can still follow their training plans at the arranged quarantine facilities, so they can maintain their competitive edge and not be a threat to public health,” it added.