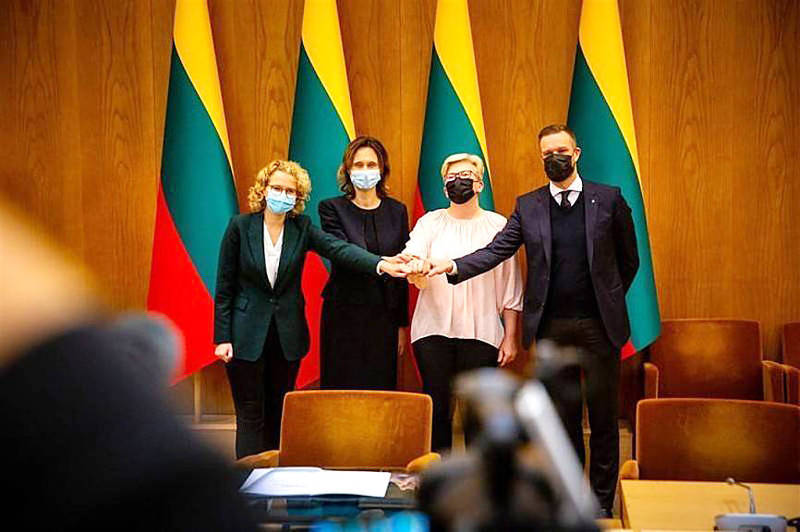 Lithuania plans to open a representative office in Taiwan, and leave a Beijing-led alliance with central and eastern European nations, Lithuanian Radio and Television （LRT） quoted a lawmaker as saying on Tuesday.

The Ministry of Foreign Affairs said it welcomes countries willing to establish friendly relations with Taiwan, but added that it has no additional information on the matter.

The Lithunian Committee on Foreign Affairs last month agreed that the Baltic nation should leave China’s 17+1 initiative to bolster cooperation between Beijing and 17 European nations, the LRT report said.

“China has aims to take over strategic infrastructure in various countries... Why should we embroil ourselves in these risks?” Lithuanian Committee on Foreign Affairs Chairman and former diplomat Zygimantas Pavilionis was quoted as saying in the report.

Estonia, Latvia and several other east European nations are thinking of taking similar steps, he said, adding that Lithuania plans to expand relations with Taiwan by opening an economic office in the country.

“The 17+1 initiative ... is not useful for Europe; it is dividing Europe, because countries have different opinions on China,” he said.

“I am not saying that we are leaving [the alliance] and that it is the end, but we should consider what is a useful way of building a relationship with China,” he added.

Lithuania is not alone in its reluctance to continue working with China, as evidenced by the Chinese and Central and Eastern European virtual summit held on Feb. 9, during which the three Baltic states, along with Bulgaria, Romania and Slovenia, sent ministers instead of their head of state or government.

In April last year, 50 Lithuanian members of parliament, along with more than 200 political and intellectual figures, wrote a joint letter to Lithuanian President Gitanas Nauseda expressing their support for Taiwan to join international organizations and to establish an office in Taiwan.

The move is in line with the promise made by Lithuania’s coalition government in November last year that it would “actively oppose any violation of human rights and democratic freedoms, and will defend those fighting for freedom around the world, from Belarus to Taiwan.”

In Taipei, ministry spokeswoman Joanne Ou （歐江安） yesterday said that Taiwan is open to making friends with nations around the world and welcomes any move that would deepen Taiwan-Lithuania relations.

However, the ministry has no further information regarding Lithuania’s reported plan to establish a representative office in Taiwan, she said.

As for the Baltic nation’s plan to leave the 17+1 platform, the ministry has no comment, she said.