《TAIPEI TIMES》 VP to give up pension, return to research 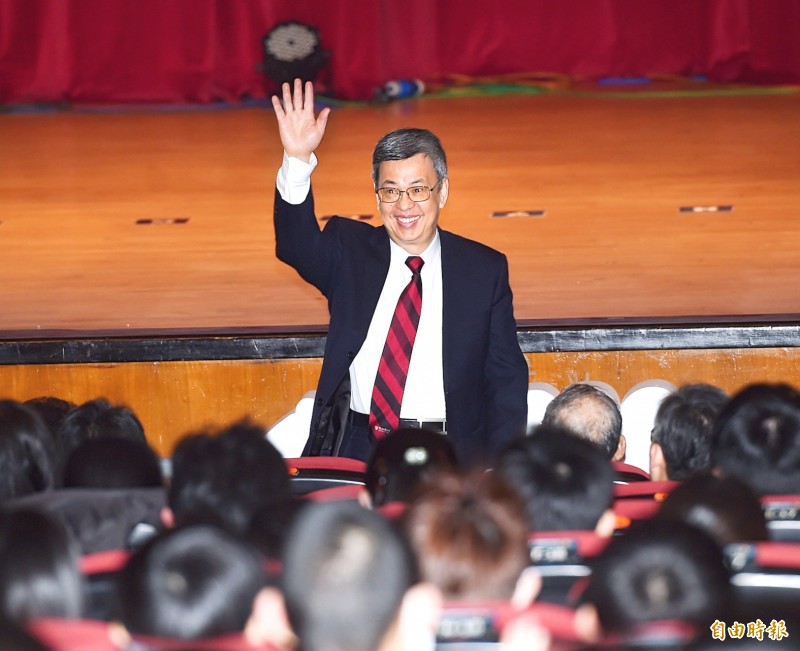 CONTINUING SERVICE: Chen Chien-jen’s renouncing his vice presidential pension and staff budget would save the nation about NT$23 million over the next four years

Vice President Chen Chien-jen （陳建仁） yesterday said that he would give up his pension and privileges, and return to his position as a research fellow at Academia Sinica.

He will be the first vice president to renounce their pension and privileges.

The Act of Courtesy for Former Presidents and Vice Presidents （卸任總統副總統禮遇條例） stipulates a monthly pension of NT$180,000 （US$6,010） for a former vice president, along with a NT$4 million annual budget to pay for their security detail, chauffeur and operational costs of their office.

However, the budget is reduced by NT$500,000 each year over a four-year period to NT$2.5 million, where it would remain.

Eschewing the pension and payments would save the nation about NT$23 million in the first four years after he leaves office.

However, as his position has made him privy to state secrets, President Tsai Ing-wen （蔡英文） has ordered security to protect Chen under the Special Service Act （特種勤務條例）, a source said.

Chen said that it has been his honor to serve Taiwan for four years, during which he took part in advocating for marriage equality, improving human rights and containing the COVID-19 pandemic.

Chen, who led the fight against SARS from 2003 to 2004 as head of the then-Department of Health, said he is glad to see his team reuniting again to fight against COVID-19 and that Taiwanese are practicing better personal hygiene.

Quoting Mother Teresa, Chen, a devout Catholic, compared himself to a “little pencil in God’s hands,” which when broken is sharpened a little more.

It is time for the pencil to continue writing research papers and books, he said.

Asked about his advice for vice president-elect William Lai （賴清德）, Chen said during a meeting with journalists at the Presidential Office in Taipei that no policy can win everyone’s support and that any politician would face both praise and criticism.

Lai is more experienced in politics and more capable than he is, Chen said, adding that he is convinced that Lai would help Tsai make Taiwan better in the next four years.

Everyone who has worked with Chen likes him for his warmth and optimism, Tsai wrote.

Academia Sinica confirmed that Chen would return to his research post at its Genomics Research Center.

The institution has prepared him an office, it said, adding that it would rely on Chen’s expertise in epidemiology and public health, to boost its related research capacity.