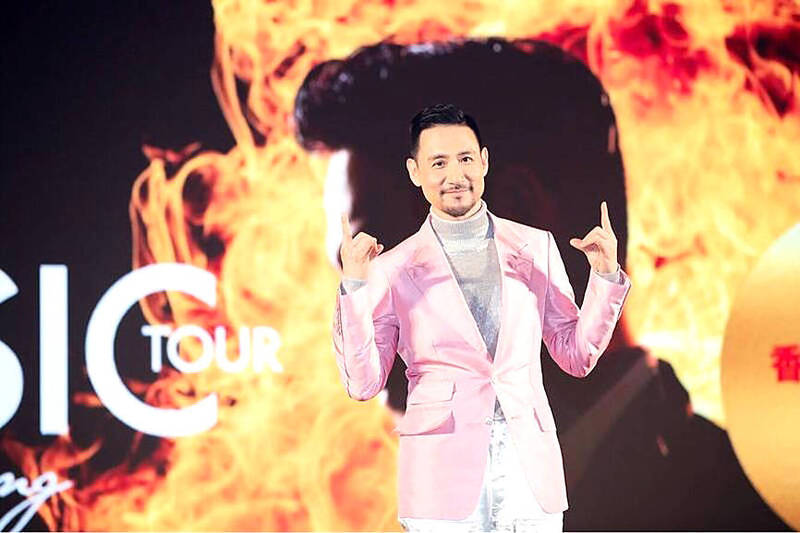 Hong Kong singer Jacky Cheung （張學友） has been criticized by the “Little Pink” — a term used to describe young, jingoistic Chinese nationalists on the Web — for saying “Hong Kong jia you [加油, an expression of encouragement].”

To celebrate the 25th anniversary of the handover of Hong Kong’s return to Chinese rule on Friday, China Central Television made a series of programs in which it interviewed Cheung and other celebrities.

Cheung, speaking in Cantonese, said in the interview that “Hong Kong has been through a lot in the past 25 years, including ups and downs” and ended with the phrase “Hong Kong jia you,” which drew fierce criticism from some Chinese on social media.

The phrase was widely used during the territory’s anti-extradition protests in 2019, and was viewed as taboo by Beijing and the Hong Kong government.

Some Chinese criticized Cheung for being “unpatriotic” because his words seemed to side with the protesters and some took issue that he did not mention the word “motherland” in the interview, while others criticized the phrase “ups and downs” as an expression of his discontent with the changes in Hong Kong.

In response, Cheung on Sunday issued a statement saying: “I am a Chinese person who loves his country and Hong Kong. As an entertainer, staying out of politics is my principle. I was born and raised in Hong Kong, and hope to grow old and die there.”

The current situation in the territory is “unsatisfactory” in comparison to its most glorious days, he said, adding that the protests and the COVID-19 pandemic had caused an economic slump and thrown the public into a panic.

As such, Hong Kong needs to be encouraged, he said.

“Hong Kong jia you” has become taboo because it was used by “someone who made a mistake,” which is incomprehensible to him, he added.

“I hope we Chinese people can be reasonable,” Cheung said, adding that he is thankful for the feedback provided by the public.

Cross-Strait Policy Association secretary-general Wang Chih-sheng （王智盛） in Taipei yesterday said that the incident is a display of Hong Kong being bullied by Beijing.

Taipei University of Marine Technology associate professor Wu Chien-chung （吳建忠） said that the “Little Pink” being infuriated with Cheung just because he did not mention the “motherland” indicates that Hong Kongers have been deprived of the freedom to not have an opinion.