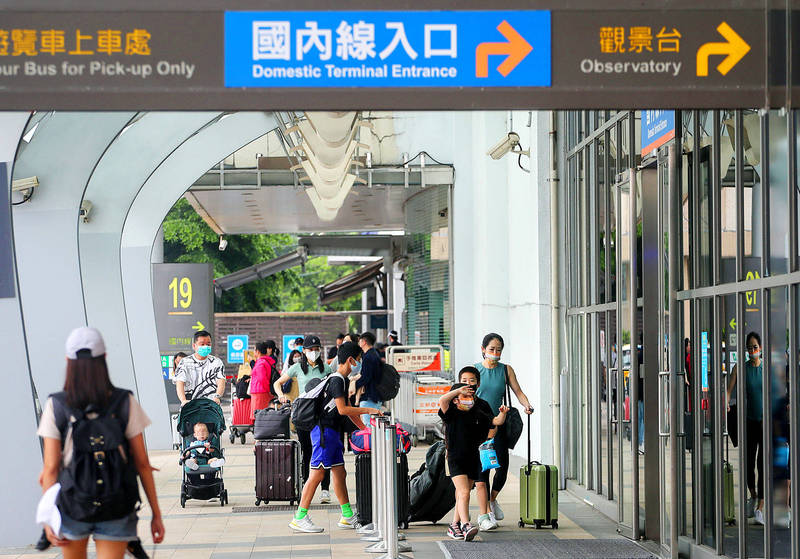 More than 70,000 people who bought tickets for domestic flights have been told that they must pay the difference in price when a new ticketing scheme takes effect on Thursday, the Civil Aeronautics Administration （CAA） said yesterday.

On June 1, the agency had said that ticket prices for domestic flights would increase by an average of 4.8 percent, or about NT$100, due to rising fuel costs.

Of the 23 domestic flight routes, the price of a Mandarin Airlines’ flight between Taipei and Kinmen would rise the most, with the cost of a one-way ticket increasing from NT$2,409 to NT$2,641. The lowest price increase would be for Daily Air flights between Taitung and Green Island, which would rise from NT$1,100 to NT$1,130.

“More than 70,000 domestic flight passengers who are to depart on or after June 30 have been informed by e-mail that they should pay the difference in ticket price in full before boarding,” the agency said.

The ticket price increase would not affect registered residents of outlying islands, who would continue to receive government subsidies for purchasing tickets for domestic flights, it said.

This is the sixth time that the agency has adjusted the price of airfare for domestic flights. The CAA permitted domestic carriers to raise ticket prices in March 2015 and October 2015, before lowering them in June 2020.

To avoid inconveniences due to frequent changes in airfare, the agency stipulated in 2014 that domestic carriers are allowed to raise ticket prices if the average aviation fuel price exceeds NT$27.25 per liter over three months.

The average aviation fuel price from April to this month topped NT$29.38, it said.

“During the past five price adjustments, airlines had refunded customers or required them to pay for the price difference in accordance with terms of flight service contracts,” the CAA said. “However, we asked airlines to fully disclose such information to passengers this time, as some of them did not know that they needed to pay the difference until they arrived at airports when the price was adjusted in April,” it said.

Passengers should check if the price difference they pay is accurate, it added.