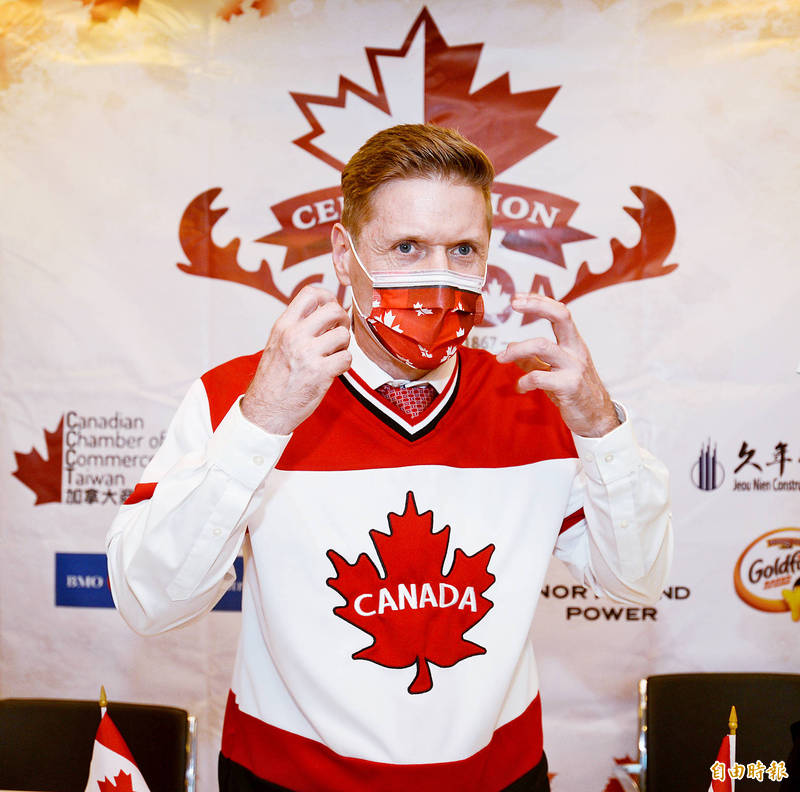 The event, organized by the Canadian Chamber of Commerce in Taiwan （CCCT）, is the largest foreign national day event celebrated in Taiwan, Reeves said.

An estimated 9,000 people attended it in 2019, the last time it was held before COVID-19 swept across the globe.

The Taiwan festival is the only large public Canada Day celebration to be held in Northeast Asia this year, Reeves said.

“Celebration Canada is an expression of Canadian values, the values that Canada and Taiwan share today. It is an opportunity for Canadians, Taiwanese and all friends of Canada to celebrate the freedoms we all enjoy, together,” he said.

Praising the strong relations between Canada and Taiwan, Reeves said the two sides have built close people-to-people ties, especially after many Taiwanese emigrated to Canada in the 1990s.

Celebration Canada is to be held from 1pm to 9pm at Taipei Expo Park in Yuanshan on June 25 and admission is free, the CCCT said.

The event is to feature Canadian outdoor culture and fashion, music and art, games, and authentic food and drinks imported from Canada, it said.

A raffle is also to be held for prizes including airline tickets to Canada and limited edition T-shirts, it said.