《TAIPEI TIMES》 Taiwan may be included in new US framework 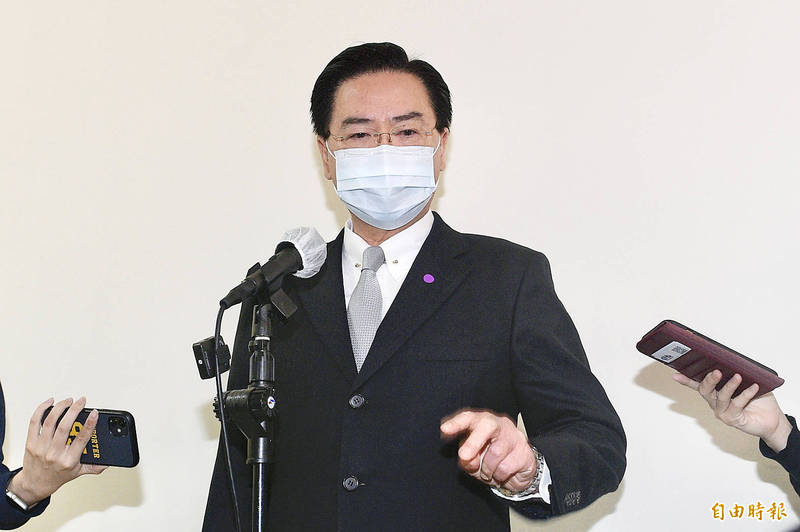 Two of the nation’s top trade negotiators yesterday hinted at the possibility of Taiwan being included in the US’ Indo-Pacific Economic Framework, which is expected to be announced later this month.

Speaking at a question-and-answer session in the legislature, Deputy Minister of Economic Affairs Chen Chern-chyi （陳正祺） and Assistant Trade Representative Benjamin Hsu （徐崇欽）, who handles US-related issues, said there “is a chance” Taiwan would be included in the new framework.

Minister of Foreign Affairs Joseph Wu （吳釗燮） agreed, saying that Taiwan “would theoretically be included” in the framework, although the level and manner are still being worked out.

US lawmakers, think tanks and industry groups have all been outspoken in their belief that Taiwan should be included, while Washington has never explicitly denied Taiwan an invitation, Wu added, citing assurance from US Secretary of State Antony Blinken that the US is not “closing the door on anyone, including Taiwan.”

Deputy Minister of Foreign Affairs Tien Chung-kwang （田中光） said the framework is different from a trade pact in that it would not involve tariffs or market access.

It instead centers around four pillars: fair and resilient trade; supply chain resilience; infrastructure and decarbonization; and taxation and anti-corruption, Tien said.

Signatories would likely not be expected to sign onto every pillar, he added.

However, Chen was less optimistic about the chance of signing a bilateral trade agreement with the US soon, saying there is “no way of estimating a timetable.”

“Looking at the conditions, I am afraid it will take some time,” he said, referencing a lack of consensus within the US.

As the US Congress has not yet renewed the Trade Promotion Authority, the US trade representative is not authorized to restart bilateral trade agreement negotiations, said Douglas Hsu （徐佑典）, director-general of the Ministry of Foreign Affairs’ Department of North American Affairs.

Former US president Donald Trump was willing to sign bilateral trade deals, but was primarily interested in China, while US President Joe Biden is interested in cooperating with US partners, but is more reserved when it comes to trade agreements, making it difficult to estimate when a deal might materialize, Chen said.

However, judging from the US’ recent substantive cooperation with Taiwan, Chen said that things are “moving in the right direction.”

Meanwhile, Minister of Economic Affairs Wang Mei-hua （王美花） yesterday touted the benefits of teaming up with Taiwan’s semiconductor manufacturers in response to a report of growing cooperation between the US and Japan.

A Nikkei Asia report on Monday said that Japan and the US would deepen cooperation on building supply chains for advanced semiconductors, amid the growing rivalry between the US and China.

The Japanese media outlet said it had learned that the two governments were close to agreeing to cooperate on producing chips more advanced than 2 nanometers.

Japanese Minister of Economy, Trade and Industry Koichi Hagiuda, who is visiting the US, is scheduled to meet US Secretary of Commerce Gina Raimondo. They are expected to announce the chip cooperation during Hagiuda’s visit, Nikkei Asia said.

Based on the discussions from a recent industry forum cohosted by the ministry and the American Institute in Taiwan, “the most efficient and best way” to build global supply chains for semiconductors is through cooperation with Taiwan’s industry, Wang said.

“Taiwan is very confident about this,” she said in an interview outside a meeting of the legislature’s Economics Committee.