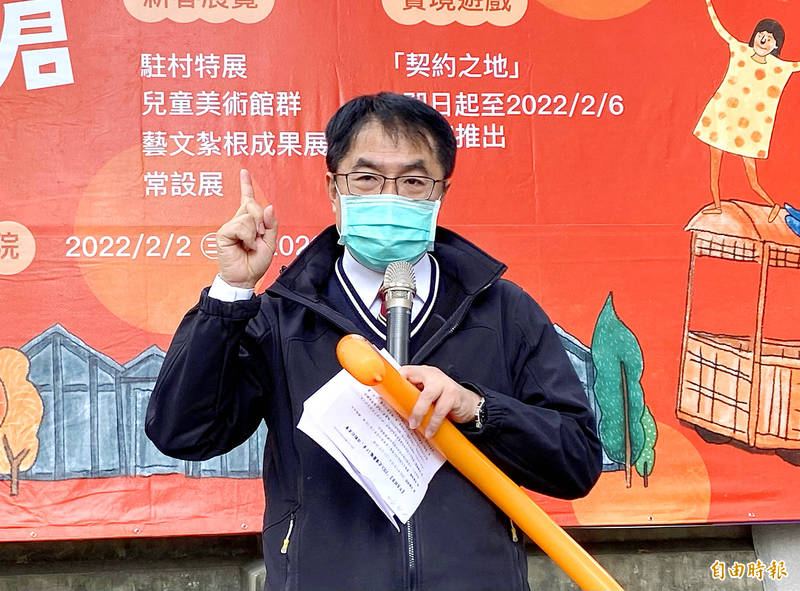 A social media post implying that Tainan Mayor Huang Wei-che （黃偉哲） was an informant for the Chinese Nationalist Party （KMT） authoritarian regime when he was a college student was sent from an IP address in the Philippines, Tainan police said yesterday.

Posted on the Professional Technology Temple online bulletin board on Nov. 15 last year, the post insinuated that Huang, of the Democratic Progressive Party （DPP）, had worked as an informant for the KMT when he was a National Taiwan University student.

“I am not A143,” he told reporters at the time, referring to a code number for an unidentified informant.

He also reported the case to city police, which subsequently sent a document to the Criminal Investigation Bureau’s international criminal affairs division to request help to investigate the matter, police said.

While Tainan police had determined the location of the sender, they were still looking for the person who had posted the article.

Huang yesterday again denied the claim on Facebook, saying that he had not worked as an informant or collaborated with special agents during the authoritarian era, which lasted from 1949 to 1987.

He added that he would take legal action against anyone with bad intentions who had made those false accusations.

“In a democratic Taiwan, it is ridiculous that people still use false special agent reports for political power struggles and allow the specter of the authoritarian regime to continue haunting the country,” Huang said in the post.

“My stance is clear: Make all folders and files during the authoritarian era public for review” to find those who should be held accountable during the era, Huang wrote on Facebook.