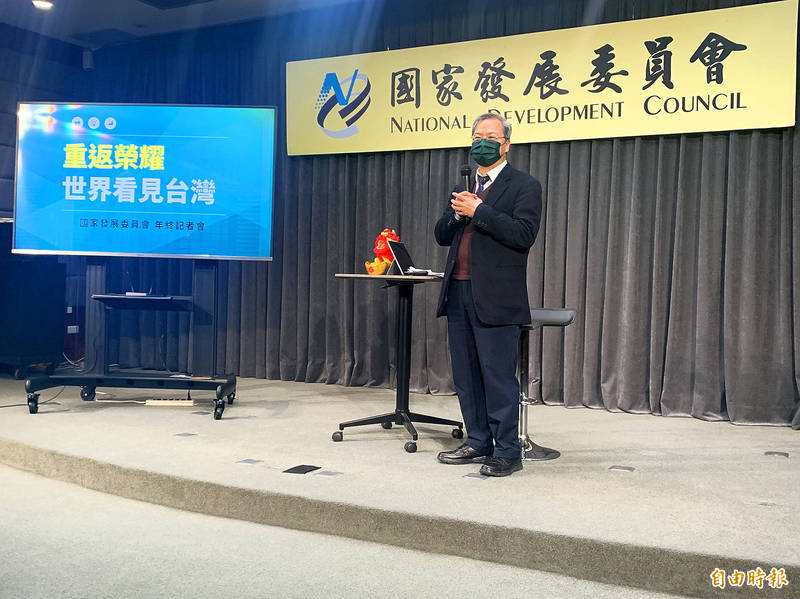 STABILIZATION? The council said increased pay in the public and private sectors would bolster confidence, while the unemployment rate should be 3.7 to 3.8%

Helping Taiwan reach GDP growth of 4.25 to 4.6 percent and a roadmap for the nation’s efforts to become carbon neutral are among the National Development Council’s （NDC） goals for this year, it said yesterday.

The economy has the potential to expand by 4.25 to 4.6 percent this year following an estimated 6.09 percent increase last year, NDC Minister Kung Ming-hsin （龔明鑫） told a media briefing in Taipei.

Exports would remain strong, fueled in part by the world’s digital transformation, despite last year’s high comparison base, Kung said.

Private consumption would improve markedly this year, assuming that there are no serious outbreaks of COVID-19, as sectors reliant on domestic demand would emerge further from strict social distancing requirements, he said.

Increased pay in the public and private sectors would support consumer confidence, he said.

The unemployment rate should stay between 3.7 and 3.8 percent, while consumer prices would rise 1 to 1.5 percent, Kung said.

The central bank would raise interest rates, if necessary, to help mitigate inflationary pressure after the US Federal Reserve hinted it would hike rates three times this year, Kung said.

Taiwan next year is to re-enter the top-20 list of global economies after a 20-year hiatus, Kung said, citing IMF data.

The council in March is to propose a roadmap detailing how the government would work toward net-zero carbon emissions, he said.

“We must get policies and technologies ready by 2030 so that the nation can work toward net-zero carbon emissions by 2050,” in keeping with the global trend and as pledged by President Tsai Ing-wen （蔡英文）, Kung said.

The government is to impose a carbon tax and use the proceeds to subsidize purchases of electric vehicles, among other things, the minister said, adding that nuclear power would not be included in the nation’s energy mix.