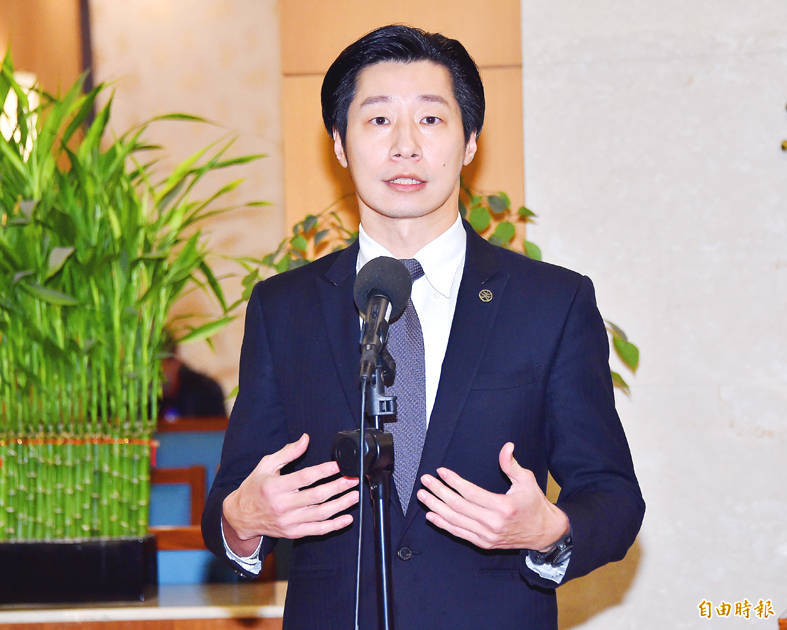 A special election has been scheduled for Jan. 9 to decide whether to recall independent Legislator Freddy Lim （林昶佐）, the Central Election Commission announced yesterday.

The date was set after the commission reviewed a petition to recall the lawmaker initiated by Cheng Ta-ping （鄭大平）, who collected 38,286 signatures, 27,362 of which have been verified.

To force a recall vote, the campaigners were required to obtain at least 24,475 signatures, or 10 percent of the eligible voters in Lim’s fifth electoral district in Taipei covering Wanhua （萬華） and part of Zhongzheng District （中正）.

The push for a recall came following a domestic COVID-19 outbreak that began in May, with Wanhua being one of the epicenters.

Lim was accused of siding with the central government rather than standing up for his constituents when a government official seemingly tried to absolve the central health authorities of responsibility for the outbreak by saying it originated in Wanhua.

Lim was also criticized when he appeared at a media event in early June with central government officials after an outbreak occurred at Huannan Market, with some people saying that he only visited the market at election time.

Lim said that he was confident he would hold his seat in the legislature, and his focus is on revitalizing Wanhua and Zhongzheng, where Taipei first began to develop.

In addition to holding talks with residents in his constituency ahead of the recall vote, he said he would continue to campaign against the four referendum initiatives to be decided on Dec. 18.

Under the Civil Servants Election and Recall Act （公職人員選舉罷免法）, Lim would be recalled if at least 25 percent of eligible voters in his district vote in favor, and they outnumber those who vote against it.

The CEC said it would announce the number of eligible voters for the recall election by Jan. 5, after it compiles a list later this month.

Lim, 45, was re-elected with 81,853 votes last year to a second legislative term as an independent, after taking the seat for the opposition New Power Party with 82,650 votes in 2016. His margins of victory ranged between 3 and 4 percent.

Before becoming a politician, he gained international fame as the lead vocalist of the heavy metal band Chthonic, and was known as a campaigner for Taiwanese independence.