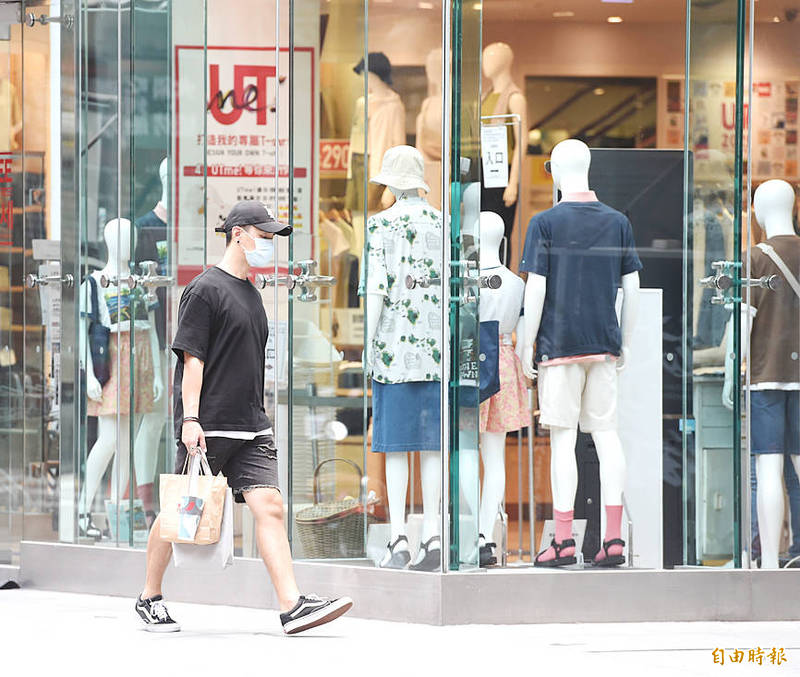 With COVID-19 restrictions remaining in place this month, the ministry expects retail sales to contract at an even faster rate of 19 to 22 percent annually, while restaurant and beverage sales are forecast to dip by 43 to 49 percent.

“As the whole month of June was spent under the level 3 alert, people avoided going out to shop,” Department of Statistics Deputy Director-General Huang Wei-jie （黃偉傑） said. “This inevitably led to a substantial drop in shoppers.”

“The only business that bucked the trend is certain Western-style eateries that came out with promotional offers,” Huang said.

For the first half of the year, retail sales increased 5.8 percent annually to NT$1.92 trillion, supported by annual sales growth of 25.7 percent from virtual stores.

Machinery equipment sales expanded 23.1 percent to a record NT$428.6 billion, while construction material sales grew at the fastest pace in the wholesale segment at 45.6 percent to NT$122.3 billion, a June record.

The ministry expects wholesale revenue to increase by another 7 to 10 percent this month.

Manufacturing production expanded 20.2 percent, thanks to strong demand for chips used in 5G-related and high-performance computing devices and the stay-at-home economy boosting demand for LCD panels, the ministry said.

The ministry expects the growth momentum to extend into this month, with industrial production.