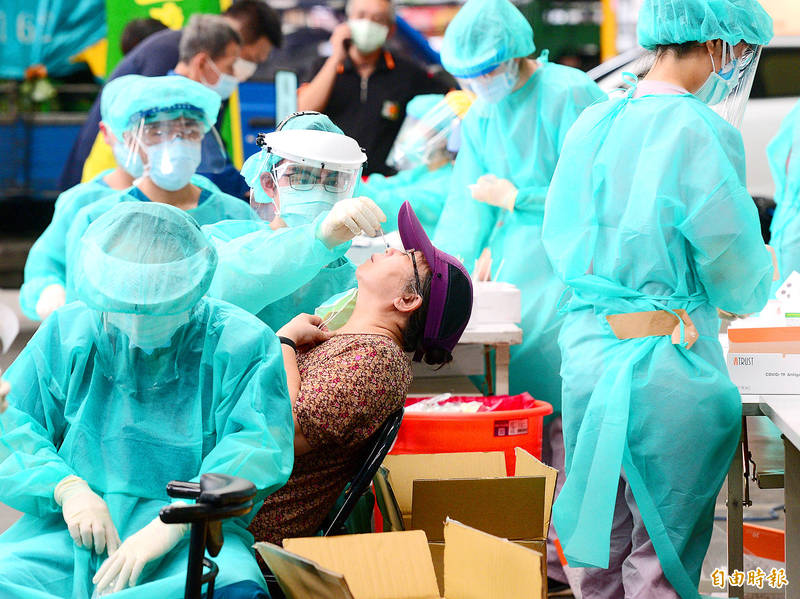 As of yesterday, a total of 54 people had tested positive in a COVID-19 cluster infection associated with Taipei Agricultural Products Marketing Co that was first reported on May 14.

Taipei Mayor Ko Wen-je （柯文哲） on Monday said that the city this week would vaccinate employees of the company, partner food producers and wholesalers, or about 4,000 people.

Ko at a news conference said that many of the people at the two wholesale markets at any given time are from areas outside of Taipei.

Only half of those in the cluster are Taipei residents and authorities are not yet sure if they were infected at the markets, he said.

All 284 people tested yesterday at the first market were negative, as well as 83 people tested at the second market, Ko said, adding that there was no cause for public alarm.

As a preventive measure, the city would also be vaccinating 10,540 people who work at the city’s major meat, fish, flower and wet markets, he added.

Meanwhile, the New Taipei City Government yesterday said that to prevent the cluster infection at the company from spreading to New Taipei City Fruit and Vegetable Marketing Co, it has also set up testing stations at markets in the city’s Sanchong （三重） and Banciao （板橋） districts.

Anyone entering the markets would need to provide a negative test result, it said.