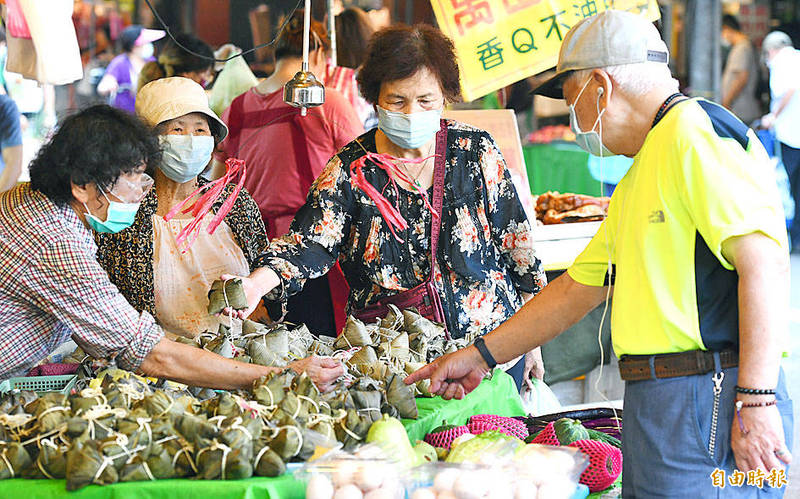 CARING FOR THE SICK: The center said that it would distribute monoclonal antibody drugs and negative pressure isolation units to hospitals across the nation

The local cases are 141 males and 145 females, Minister of Health and Welfare Chen Shih-chung （陳時中）, who heads the center, told a daily news briefing in Taipei.

Previous centers of the local outbreak recorded the largest number of new cases, with 120 in New Taipei City, 56 in Miaoli County and 49 in Taipei, center data showed.

Taoyuan had 19 new cases, Hsinchu County had 12, Keelung had eight, Changhua County had seven, and Taichung had four, it showed

Yilan County and Hsinchu City each recorded three cases, Yunlin and Hualien counties each recorded 2, and Tainan recorded one case, the data showed.

They died between Wednesday last week and Wednesday, and all of them had chronic illnesses, the data showed.

The center also reported one imported case, from Thailand.

The center said that it has procured monoclonal antibody medications for 1,000 COVID-19 patients and expects to receive them in the middle of this month.

The drugs would be administered to patients with moderate symptoms, but a prognosis that they might get worse, Chen said, adding that the patients would be informed of the risks before the treatment is given.

The drugs would be distributed to hospitals with centralized isolation wards, he said.

Taiwan ordered a total of 80 units, and the rest are expected to arrive in three weeks, the CECC said on Thursday, adding that strict border controls would remain in place amid a level 3 COVID-19 alert.

Foreigners without residence permits would not be allowed to enter the nation, except those with special permissions due to emergency or humanitarian needs, the center said, adding that transiting passengers are also not allowed.

Regarding rumors that the government is weighing raising the pandemic alert to level 4, Chen said that there are no such plans.

Chen also repeated a call for people not to travel on the three-day Dragon Boat Festival weekend that starts today.

The call was echoed by President Tsai Ing-wen （蔡英文）, who later yesterday in a speech broadcast online asked people to stay at home during the extended weekend unless leaving their home is necessary.

Tsai also expressed condolences to the families of those who have died from the virus.

The government would do its best to control the situation as quickly as possible, she said.

A police officer from Taipei’s Daan Precinct yesterday holds a sign at the city’s Nanmen traditional market urging people to go to the market less frequently, and informing them that the market will close earlier than usual. Photo: CNA