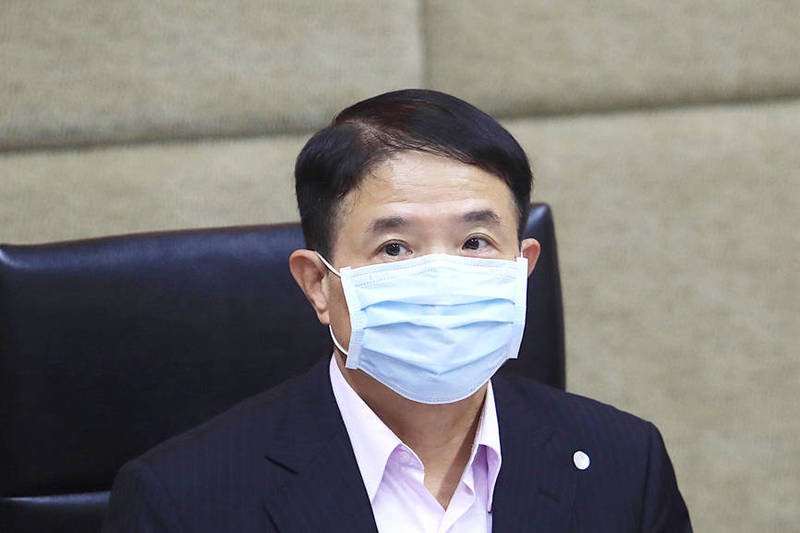 National Communication Commission （NCC） Deputy Chairman Wong Po-tsung （翁柏宗） yesterday confirmed that he in 2019 lost NT$3.58 million （US$127,171 at the current exchange rate） in a telephone scam, despite being involved in the government’s efforts to clamp down on phone scammers.

“I reported the scam to the police immediately after it happened, and they quickly captured the scammers,” Wong said. “Scammers always find new ways to trick people into believing their stories.”

Wong urged the public to be alert when receiving suspicious phone calls and, if necessary, seek help from the police or family members

Investigations by the Kaohsiung Police Department showed that the scam happened on June 25, 2019, about one-and-half months after Wong initially resigned from his post due to health reasons.

Scammers posing as prosecutors told Wong that they needed to monitor transactions in his bank accounts in connection to a drug-trafficking and a money-laundering case, police said.

They asked Wong to withdraw all funds from the accounts and hand it to them, police said.

Wong withdrew NT$3.58 million and gave it to one of the scammers, who had taken a taxi to Wong’s residence, police added.

Wong later reported the incident to the 165 Anti-Fraud and Internet Scam Hotline, they said.

The scammers were tracked down three days later, police said, adding that the same method had a few days earlier been used on a 50-year-old woman who gave the scammers more than NT$2 million.

Even though the scammers have been uncovered, Wong has yet to retrieve his money, police said.

The Kaohsiung District Court late last month sentenced the scammers to jail terms of 18 months to two years for forgery and fraud.

“This group of scammers not only caused major financial losses to its victims, but they destroyed trust between people,” the court said in its ruling.

In May 2013, former Minister of Economic Affairs Yiin Chii-ming （尹啟銘） also fell prey to scammers, who claimed that they had kidnapped his son and asked for a ransom of NT$1.2 million.