《TAIPEI TIMES》 Officials get vaccinated as eligibility for jab expanded 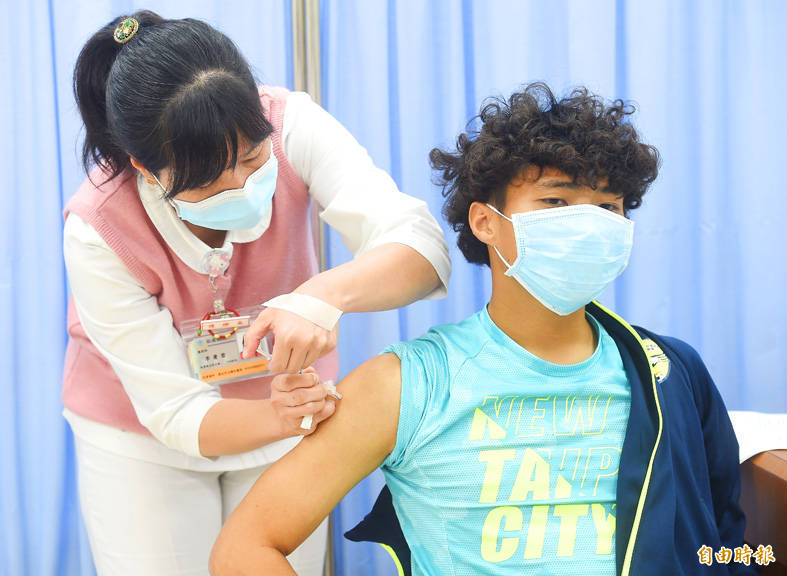 Eligibility for COVID-19 vaccines was yesterday opened to an additional 125,000 people — including members of the central and local governments, and those working at hospital facilities who did not qualify under the first two priority groups — making 613,000 people eligible.

About 90 percent of those airline employees are available to get inoculated as they are not on flights or under quarantine, he said, adding that the airlines can arrange vaccinations in line with work schedules.

The CECC is discussing how quarantine requirements might be eased for airline employees who have been vaccinated, he said.

The first batch of COVID-19 vaccines allocated to Taiwan through the COVAX global vaccine-sharing program, which arrived on April 4, yesterday passed inspection procedures and are to be distributed to local health authorities and hospitals tomorrow, he said, adding that the hospitals would be instructed to immediately begin vaccinations due to the earlier expiration date of this batch.

“We aren’t even sure if we’ll have other vaccines in the future, or when they’ll arrive if we get them. It’s better to do it now than to put it off,” Ko said, when asked whether he was concerned about the risks associated with getting vaccinated.

At Taipei City Hospital’s Heping branch, where he was vaccinated, Ko was joined by other city officials, as well as players on the Chinese Taipei Football Association representative team and Taipei taxi drivers who transport those headed into quarantine.

About 40 million COVID-19 vaccine doses are needed to vaccinate Taiwan’s population, but the nation has so far secured only 31 million doses, including those already received, Ko said.

Lin said that he respected the opinion of medical experts and that he would take whatever vaccine is available and advised by the experts.

“This is a necessary step toward slowing the spread of the pandemic, opening borders and returning to international normalcy,” he added.

Lin said he hoped that he and other officials getting vaccinated would help ease public concerns about the vaccine.

Lu said she felt that making the vaccine publicly funded would also help encourage more people to get vaccinated.

A nurse at Taipei City Hospital yesterday shows a sheet of dated AstraZeneca COVID-19 vaccine stickers that are to be affixed to recipient’s National Health Insurance cards. Photo: CNA