《TAIPEI TIMES》 NT$ may be added to US watchlist: central bank 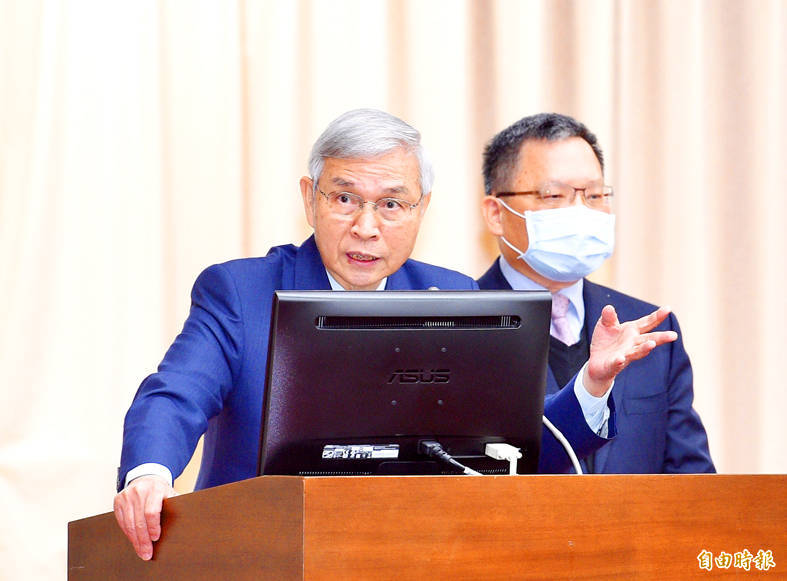 CONCERNS: The bank would act if it noticed currency speculation, the governor said, but he did not comment on a likely trajectory of the NT dollar against the greenback

The central bank would intervene in the market whenever necessary to help stabilize the New Taiwan dollar, central bank Governor Yang Chin-long （楊金龍） said yesterday, adding that it is concerned Taiwan might be placed on the US watchlist for currency manipulation.

“It is the central bank’s top responsibility to stabilize foreign exchanges,” he said.

The central bank has often stepped in toward the end of trading sessions to moderate the NT dollar’s appreciation against the US dollar.

The NT dollar had as of yesterday picked up 3.32 percent against the greenback this year and has on several occasions temporarily surpassed the NT$28.5 defense threshold allegedly set by Yang’s predecessor, Perng Fai-nan （彭淮南）.

The governor declined to comment on reports that the NT dollar might next year rise to NT$27.5, but said that global investment banks have mixed views about the US dollar’s outlook.

Taiwan is likely to be added to the US watch list after meeting two criteria: having a trade surplus with the US of at least US$20 billion and a current account surplus of more than 2 percent of GDP, Yang said.

The US normally updates its currency list twice a year, in April and October, but has not released a list so far this year, Yang said, adding that the central bank would try to communicate with the US on the matter.

Yang warned against loose real-estate lending, saying that the government would continue its coordinated efforts to thwart property speculation without affecting real-estate demand.

The endeavor is in the initial stage, but further measures might be implemented if the intended effect is not achieved, Yang said.

In certain sectors of the commercial real-estate market, the price development has been reasonable, as companies are returning production capacity home from China, he said.

Property prices in sectors without such support should be steadier, Yang said, adding that investment accounts for about 14 percent of real-estate financing.

In a best case scenario, the government would achieve its goal of curbing property speculation without putting pressure on local banks, Yang said.