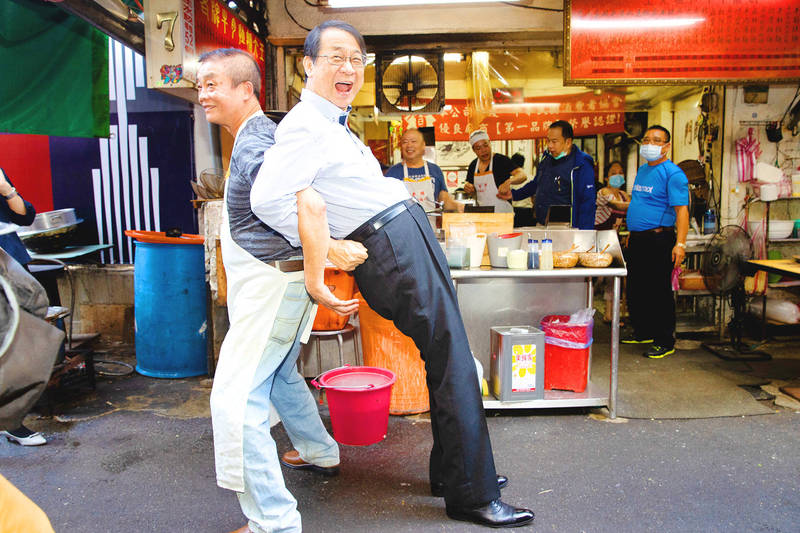 The Japan-Taiwan Exchange Association yesterday unveiled a series of symbols marking bilateral friendship in remembrance of Taiwan’s assistance to Japan in the wake of the 2011 Great East Japan Earthquake, as it prepares to mark the disaster’s 10th anniversary.

The series revolves around a logo that resembles the Chinese character ren （“human,” 人）, while the logo itself blends the letters “J” and “T,” for Japan and Taiwan, as well as the concept of mutual assistance, the association wrote on Facebook yesterday.

Along with the logo comes a set of 12 graphics that show two people standing back-to-back and relying on each other, it said.

The gesture embodies the mutual support and trust between Japanese and Taiwanese, and the figures represent people of different ages, generations, genders and occupations, the association said.

The symbols suggest that Japanese and Taiwanese would go hand in hand toward a beautiful future, it added.

The association also released on its Web site guidelines for authorized use of the series “Japan-Taiwan Friendship, Always Here,” by the public.

Next year will be the 10th anniversary of the earthquake, and the association hopes to again express Japan’s gratitude to Taiwan for providing assistance by hosting some events, it said.

In the wake of the earthquake, Taiwan donated more than ￥25 billion （US$239.6 million at the current exchange rate）, offered aid and dispatched rescue personnel to Japan, it said.

“When Japan was struck by an unprecedented crisis, Taiwanese from different walks of life worried about Japan as if they were worrying about their own problems,” it added.

The symbols were designed by Taiwanese Chuang Jui-hao （莊瑞豪） and Lu Chen-yun （盧袗雲） at their studio named Biaugust, as they were both born in August.

While they have often cooperated with the private sector in Japan, this is the first time they have created designs for the Japanese government, Chuang said in an interview with the Central News Agency.

Bilateral cooperation was smooth and Chuang said that he was glad that Japanese Representative Hiroyasu Izumi opted for more innovative versions of the symbols, which were also the designers’ preference.