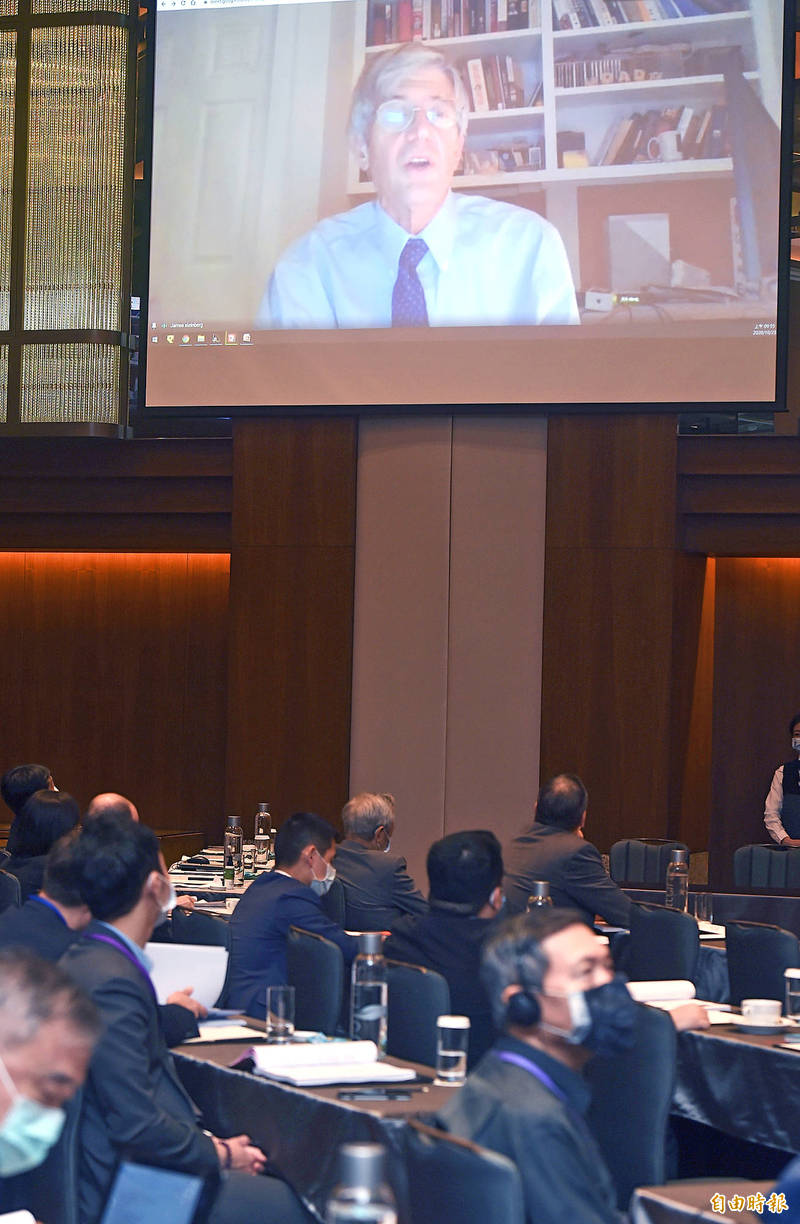 PEACEFUL COEXISTENCE: Although Taiwan must take measures to efend itself, it would not dismiss the prospect of peace, the Mainland Affairs Council minister said

The world would take an entirely different view of China if Beijing held constructive dialogue with Taiwan instead of resorting to threats, former US deputy secretary of state James Steinberg said yesterday.

Steinberg made the remarks by videoconference at an international forum in Taipei.

China is responsible for letting its neighbors believe its rise is peaceful and that it would not sacrifice the rights of others in doing so, Steinberg said.

Beijing should be aware that its current path would not make it a winner, he said.

A responsible Beijing — one that does not infringe on the rights of other nations when promoting its own — would be beneficial for everyone, he said.

In this particular area, Beijing’s actions do not conform to what it preaches, he added.

Regarding Taiwan-US relations, Steinberg said that the US does not pursue ties with Taiwan just because it is in the first island chain and is home to Taiwan Semiconductor Manufacturing Co （台積電）, but also because of the universal values of democracy that Taiwan embodies.

US support is not limited to the Taiwan Relations Act or the Taiwan Allies International Protection and Enhancement Initiative Act, he said.

Steinberg said that Taiwan should step up development of 5G networks, artificial intelligence systems and its biomedicine industry.

This would enhance Taiwan’s economy and help it to further resist China’s attempts to influence it, he said, adding that Taiwan should collaborate closely with its partners and cut back on potential conflicts.

Mainland Affairs Council Minister Chen Ming-tong （陳明通） said in his opening remarks at the conference that China’s comprehensive strength is growing, giving Beijing more clout to attempt to assert itself in international affairs.

China’s efforts to spread its ideology abroad is affecting the world’s political and economic order, and Taiwan hopes Beijing would act as a responsible nation and contribute to regional and global peace, Chen said.

Faced with increased Chinese hostility, Taiwan must adopt defensive measures that underpin its strategic focus and not aggressively seek conflict, nor lightly dismiss the prospect of peace, he said.

Chen called on countries sharing the same values as Taiwan to form an alliance to jointly defend democracy and liberty, adding that Taiwan is intrinsically tied to regional peace and prosperity.

Beijing must understand that Taiwanese insist on being treated with dignity as equals and the nation’s safety must be guaranteed, he said.

Only when Beijing is willing to conduct meaningful dialogue with Taiwan as an equal can both sides come together and find a way to coexist peacefully, he said.