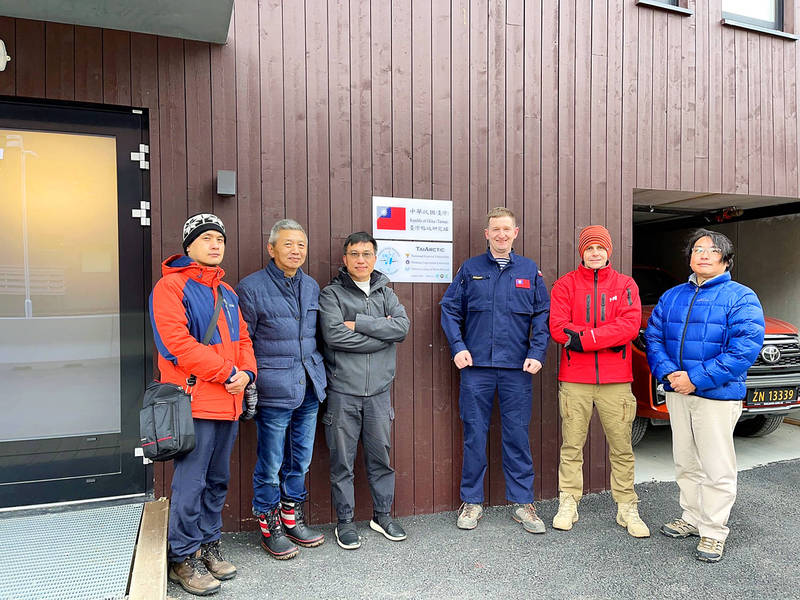 Taiwan yesterday planted its national flag in front of its first arctic research center in Longyearbyen, a town on Norway’s Spitsbergen Island, and also conducted a plaque unveiling ceremony to formalize that Taiwan’s arctic research group has a “place of their own.”

“We thank the Polish scholars for creating opportunities for the Formosan black bears to meet the arctic polar bears,” he said.

The center and the international research project leading to its establishment demonstrate Taiwan’s resolve to participate observation of the North Pole, and is a milestone for Taiwanese researchers in the field, Chang said.

Chang commended the National Academy of Marine Research and National Central University for their vision and ambition.

International research collaborations such as this have helped plant Taiwan’s flag within the arctic circle, he said.

Academy president Chiu Yung-fang （邱永芳） said the academy has been working with Nicolaus Copernicus University since last year on research topics such as ice quakes, ice melting, ocean currents and changes in wave conditions in the Arctic Ocean.

Taiwan as a maritime nation and relying on sea trade can now receive first-hand information on climate change observed near the North Pole, Chiu said.

With the projected gradual loss of arctic ice sheets after 2035 and the possible opening of arctic sailing routes, Taiwan stands to gain much from knowledge collected in northern climes, Chiu added.

Taiwanese arctic researchers previously had to ask permission to use facilities of other nations and share laboratories, and with an independent station, Taiwan can better conduct research and share its results with the international community, Chiu said.

Taiwan’s achievements have been noted by the international community, and its researchers have been invited to participate in the next Arctic Forum, he added.