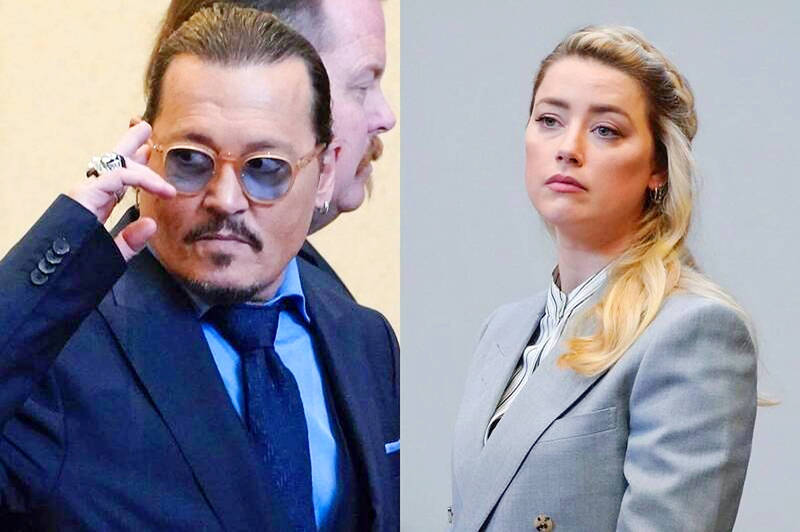 Johnny Depp, left, who was in the UK, did not appear in court, but issued a statement after winning the trial.人在英國的強尼戴普（左）未出庭，但已發表勝訴聲明。 Photo: AP 照片：美聯社

The trial of the century between 58-year-old Johnny Depp and 36-year-old Amber Heard has finally come to a close. The court has ruled in favor of Depp. Heard has been ordered to pay Depp US$10.35 million — about NT$ 300.2 million — in damages, while the jury also found in favor of Heard in her counter-suit against Depp and awarded her US$2 million. After winning the case, Depp issued a statement, saying that “the jury gave me my life back.”

The trial has attracted attention from fans worldwide. In the statement, Depp acknowledged the work of the judge, jurors, court staff and sheriffs, and closed his statement with “The best is yet to come and a new chapter has finally begun“ and “Veritas numquam perit. Truth never perishes.”

In contrast, Amber Heard, who kept breaking down in court, has been ordered to pay US$10.35 million to Depp. The lawsuit has dealt a huge blow to her acting career, with her roles and scenes having been cut from movies. Her statement on her Instagram account did not garner much attention either. While she has 4.82 million followers, her statement only received 400 thousand likes, in sharp contrast to the attention showered on her ex-husband.