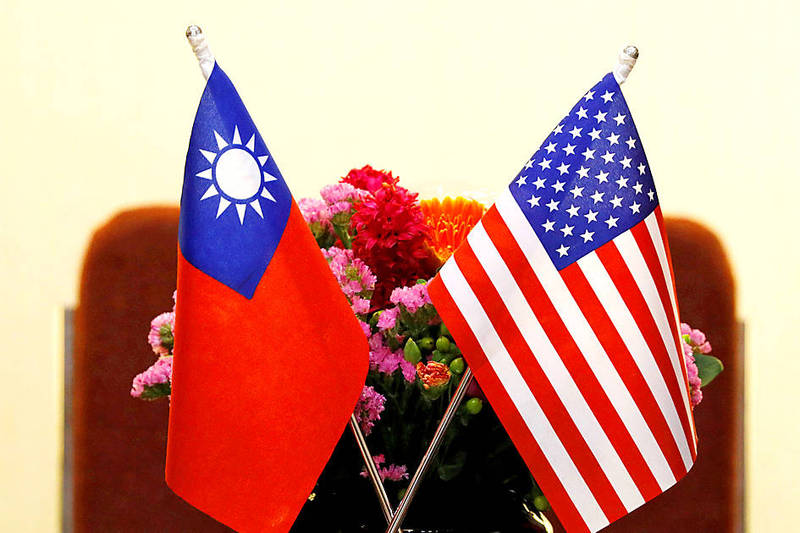 The flags of Taiwan and the US are displayed for a meeting between then-US House of Representatives Committee on Foreign Affairs chairman Ed Royce and then-Legislative Yuan speaker Su Chia-chyuan in Taipei on March 27, 2018. Photo: Tyrone Siu, Reuters

A bilateral relations fact sheet on Taiwan-US relations published on the US Department of State Web site was recently updated to remove statements saying that it acknowledged Beijing’s “one China” position, and that the US does not support Taiwanese independence.

The fact sheet is produced by the department’s Bureau of East Asian and Pacific Affairs.

A previous version of the document opened with the statement: “The United States and Taiwan enjoy a robust unofficial relationship.”

It said the US acknowledged “the Chinese position that there is but one China and Taiwan is part of China,” and said that the US “does not support Taiwan independence.”

In the updated version, the statement mentioning Taiwan as a part of China has been removed, and the document now opens with the statement: “As a leading democracy and a technological powerhouse, Taiwan is a key US partner in the Indo-Pacific.”

“The United States and Taiwan share similar values, deep commercial and economic links, and strong people-to-people ties, which form the bedrock of our friendship and serve as the impetus for expanding US engagement with Taiwan,” it says.

The new version still acknowledges that the Taiwan-US relationship is unofficial, and says that the US “has a longstanding one China policy, which is guided by the Taiwan Relations Act, the three US-China Joint Communiques, and the Six Assurances.”

The US encourages a peaceful resolution to differences between Taipei and Beijing that is “consistent with the wishes and best interests of the people on Taiwan,” it says.