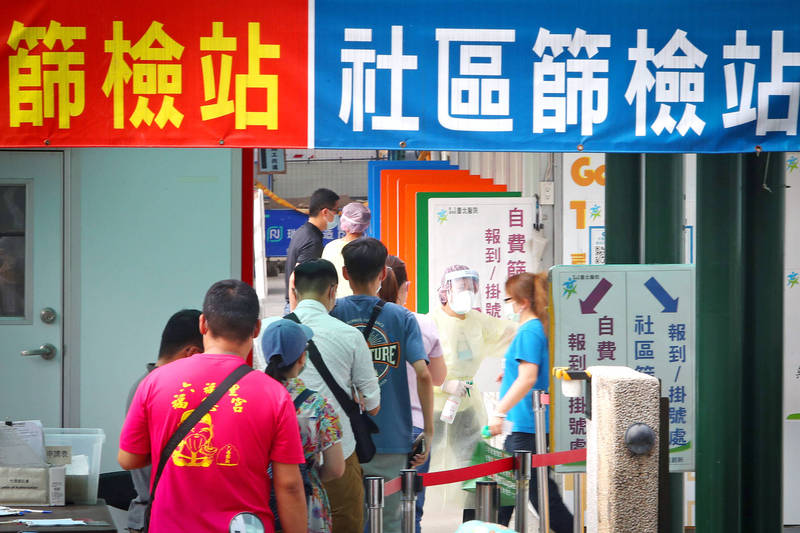 PREVENTING FRAUD: Insurers expressed concern that adding national ID numbers is not enough, and that doctors who conduct tests must be listed on the documents

The digital COVID-19 certificate system is to be updated today to include the bearer’s national ID number, the Central Epidemic Command Center （CECC） announced yesterday amid concerns voiced by insurance companies that the system lacks a feature to prove identity.

The digital certificate, which became available in Taiwan on Jan. 1, serves as proof of vaccination and COVID-19 test results.

The Financial Supervisory Commission （FSC） over the weekend asked insurers to allow digital certificates to be used for claims in lieu of diagnosis certificates issued by hospitals, drawing backlash from insurers over the authenticity of information provided by those who file claims, among other concerns.

Centers for Disease Control Deputy Director-General Chuang Jen-hsiang （莊人祥）, who is the CECC’s spokesman, said yesterday the update to the system is to take effect this morning at 8am to include national ID numbers.

FSC Chairman Thomas Huang （黃天牧） yesterday held another meeting with local insurers to address their criticism of the commission’s suggestion that policyholders use digital certificates for COVID-19 insurance claims. However, the meeting yielded no conclusion as of 8pm last night.

Insurers were most concerned that the digital certificates still do not show the doctors’ information, which they regard as necessary to curb fraud, despite the inclusion of national ID numbers.

The certificate only specifies which agency conducted the tests, but insurers said that the terms of their policies require the name of the doctor who gave the diagnosis, so that insurers could resolve disputes directly with the physician.

Honoring policies would be difficult without this information, they said.