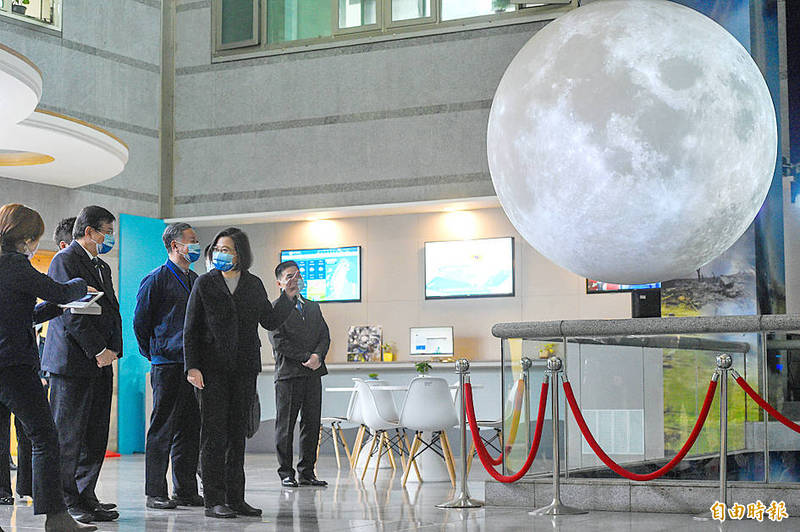 By Lee Hsin-fang and Jonathan Chin / Staff reporter, with staff writer and Reuters

President Tsai Ing-wen （蔡英文） yesterday expressed “empathy” for Ukraine’s situation, likening it to threats Taiwan is facing from China and saying that such disputes cannot be resolved by force.

“Taiwan has been facing military threats and intimidation from China for a long time. Therefore, we empathize with Ukraine’s situation and support the efforts of all parties involved to maintain regional security,” the Presidential Office cited her as telling the meeting.

Tsai has asked the National Security Council to set up a working group on the Ukraine situation to assess possible effects on Taiwan’s national security, the Presidential Office said.

Peace and stability across the Taiwan Strait and in the Indo-Pacific region is not only the shared responsibility of all parties involved, but also the common expectation of the international community, Tsai said.

Employing the military is “not an option to resolve disputes — this is a universal truth,” she said.

The meeting also touched upon the nation’s COVID-19 situation, with Tsai calling on government officials to stay vigilant during the Lunar New Year holiday.

As the Omicron variant of SARS-CoV-2 spreads with alarming speed, the situation remains severe, she said.

Officials should be on guard, as increased traveling during the holiday might lead to a surge in cases, she said.

However, the government is confident that Taiwan has enough medical resources, including hospital beds, testing capacity and medical supplies, to deal with the COVID-19 pandemic, she said, adding that vaccines and treatments against the virus would be delivered as scheduled.

There is no need for alarm, she said, urging Taiwanese to get booster shots, as they greatly reduce the risks of severe COVID-19 symptoms and death.

People eligible for vaccines or boosters should make appointments as soon as possible, and try to convince vaccine-hesitant friends and family members, especially elderly people, to do the same, Tsai said.

Meanwhile, officials should work to stabilize supplies, prices and the stock market, she said.

Inflation is a cause for concern worldwide, she said, urging government agencies to use every policy tool at their disposal to stabilize prices, especially of daily necessities.

All agencies should remain vigilant, as unforeseen global events and the pandemic might cause economic turmoil, she said.