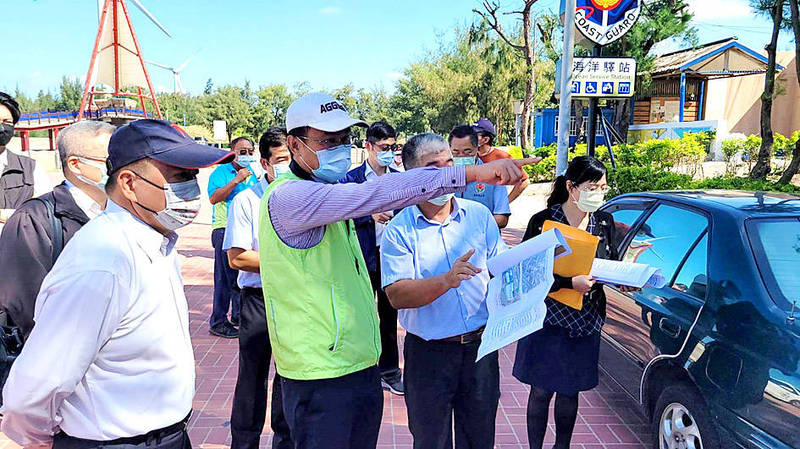 Council of Agriculture Minister Chen Chi-chung （陳吉仲） yesterday said he looks forward to a positive result after the WTO confirmed that it is to review Taiwan’s protest against a Chinese ban on fruit imports.

Beijing on Sept. 19 suspended imports of Taiwanese sugar apples and wax apples over the supposed discovery of invasive pests, after it banned pineapples on March 1 citing similar reasons.

After failing to open a dialogue with Beijing, the council raised a specific trade concern with the WTO to resolve the matter.

WTO communications officer Fernando Puchol on Tuesday confirmed that the body’s Sanitary and Phytosanitary Measures Committee would review the case during its meeting from Wednesday to Friday next week.

It is the first time the committee is to discuss the case and the first such case filed by Taipei over Chinese fruit import bans.

“When cross-strait dialogue failed, we had no choice but to approach the multilateral WTO for a solution,” he said. “We look forward to a favorable outcome” after the committee discusses the case next week.

Taiwan is not the only country that is treated unfairly by Beijing, Chen said, citing similar bans on Australian products.

In a separate case, the WTO agreed to convene a panel to discuss Chinese duties on Australian wine imposed last year after Canberra called for an inquiry into the origins of COVID-19.

China’s Taiwan Affairs Office yesterday said that the disagreement with Taiwan is an “internal” matter, adding that Beijing informed Taipei many times about problems related to fruit imports.

“The key to a resolution lies between the two sides of the Strait,” Taiwan Affairs Office spokesperson Ma Xiaoguang （馬曉光） told a news conference in Beijing.

The way to a resolution is for the “Democratic Progressive Party authorities” to take responsibility for solving problems at the source, “not continuing to engage in political manipulation,” Ma said, adding that the issues are not hard to fix.

Under WTO rules, a member may raise a specific trade concern when bilateral dialogue fails as a means to resolve a trade disagreement without resorting to formal dispute litigation.

The other party is obligated to respond to the committee and open a bilateral dialogue.

If no response is received, a dispute settlement may be considered.