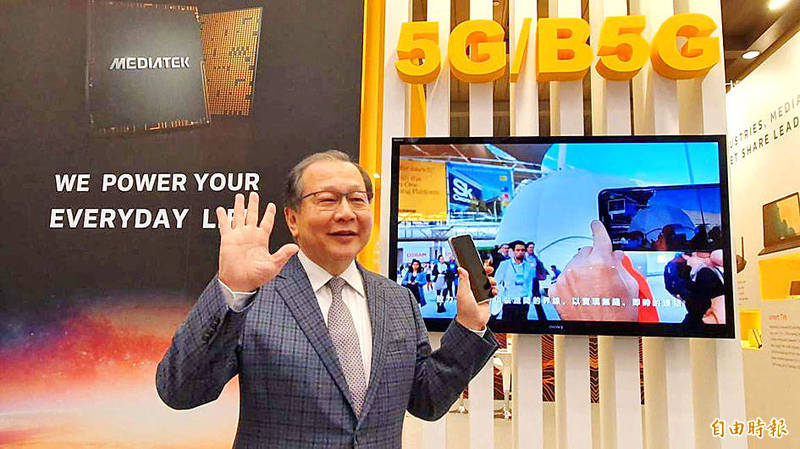 The Hsinchu-based chip designer had three months earlier projected a 40 percent growth from NT$322.16 billion （US$11.48 billion） last year. MediaTek expects next year to be another growth year, with a higher 5G penetration rate and accelerating digital transformation during the post-COVID-19 pandemic era.

The company also gained confidence about its gross margin improvement on the expectation that it would this year reach the high end of its original estimate of 40 to 46 percent.

Smartphone chips were the biggest revenue contributor with a 57 percent share last quarter, after growing 143 percent year-on-year, the company said.

With its new premium Dimensity 1000 series gaining traction, MediaTek said that it has gained market share in the high-end segment during the first half of this year.

Pressing further into the turf of its major competitor Qualcomm Inc, MediaTek is making inroads into the higher-end segment to supply chips for flagship mobile phones.

The company said it plans to debut its first flagship 5G smartphone chip, made by Taiwan Semiconductor Manufacturing Co’s （台積電） 4-nanometer technology, by the end of this year.

The new chip would be used in a key customer’s new flagship model to be launched early next year, it said.

MediaTek said revenue growth was across the board, with robust demand also from Wi-Fi chips, TV chips and chips used in tablets, Internet of Things devices and power management chips.

MediaTek said it expects overall market demand to be healthy in the second half of this year, shrugging off speculation about a sag in mobile phone demand in emerging markets.

In the April-to-June quarter, net profit more than tripled to NT$27.59 billion, from NT$7.31 billion in the second quarter last year. That meant a quarterly increase of 7 percent from NT$25.78 billion.

Gross margin climbed to 46.2 percent during the quarter that ended on June 30, compared with 43.5 percent in the same quarter last year and 44.9 percent last quarter.