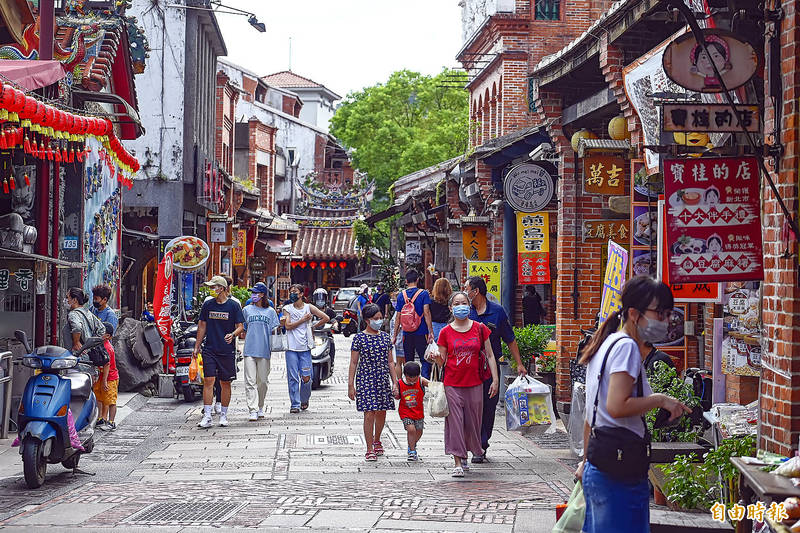 The Central Epidemic Command Center （CECC） yesterday reported 127 locally transmitted COVID-19 cases, the lowest daily case count in a month, but it warned that the numbers could rise again if people let their guard down.

The new cases are 60 males and 67 females, from under the age of five to over 90, and they began showing symptoms from June 3 to Friday, said Minister of Health and Welfare Chen Shih-chung （陳時中）, who heads the center.

The majority of them were reported in New Taipei City, with 81 cases, followed by Taipei with 30, Taoyuan with eight, Hsinchu County with three, Hsinchu City and Keelung with two each, and Taichung with one case, he said.

Of the 16 cases outside of Taipei and New Taipei City, the infection sources of 12 have been identified and four remain unknown, CECC data showed.

Yesterday’s figure marked the lowest daily case count since a nationwide level 3 COVID-19 alert was issued on May 19.

Chen said the number of daily infections remains under control, and their distribution was limited to only seven cities and counties.

“The COVID-19 situation is generally slowing down,” he said. “However, we still have to continue working harder, to reduce the cases in each city and county.”

Asked if the restrictions could be relaxed or the level 3 alert removed, Chen said: “I must stress that we are still in a phase of bringing the outbreak under control, so everyone should make an all-out effort to control it.”

“We are heading in a positive direction, but once we become careless, the coronavirus could easily bring on another wave of serious outbreaks,” he said. “We absolutely cannot afford to relax right now, because if cases surge again due to relaxed control measures, it would take a long time to bring it under control.”

The Delta variant of the coronavirus, first identified in India as B.1.617.2, is becoming the dominant strain worldwide.

He said that among 278 confirmed cases that underwent virus genome sequencing since October last year, the majority — 199 cases — were infected with the Alpha variant, first identified in the UK as B.1.1.7.

Four of the imported cases infected with the Delta variant had traveled to India and the remaining one had arrived from Uzbekistan, and no local transmission of the variant has been detected, Lo said.

Separately, Macau on Friday notified Taiwan that a man who arrived from the nation the previous day was found to be infected with the Delta variant, Lo said yesterday.

The man, in his 50s, traveled to India in the middle of February and provided a negative polymerase chain reaction （PCR） test result obtained within three days before boarding his flight to Taiwan on May 8, he said.

He tested negative three times in Taiwan: on May 8 upon arrival at a centralized quarantine center, on May 21 upon leaving the center, and on Tuesday before traveling to Macau, Lo said.

The man tested negative for IgM antibodies and positive for IgG antibodies in Macau, suggesting a previous infection, possibly more than a month ago, he said.

His PCR test result had a cycle threshold value of 32, indicating a low viral load, so the CECC considers the man to have had a low infection risk when he was in Taiwan, Lo said, adding that the center would try to get in touch with him for contact tracing.