《TAIPEI TIMES》 Symptomatic people to be barred from flights 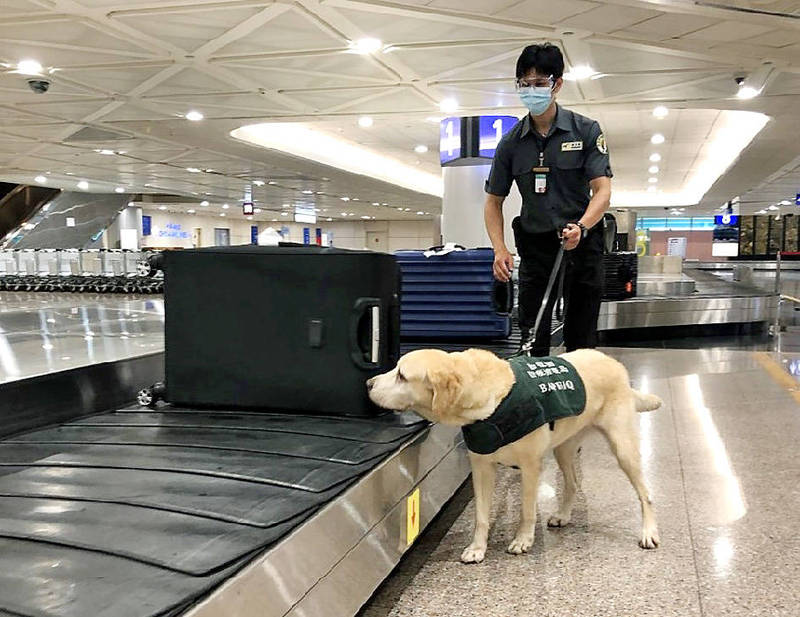 PROTECTING THE ISLANDS: People showing COVID-19 symptoms would be asked to undergo testing, and those who test positive would be placed in quarantine

People would be barred from boarding flights to the nation’s outlying islands if they show COVID-19 symptoms when they check in at the airport, the Central Epidemic Command Center （CECC） said yesterday.

Five airports on Taiwan proper — in Taipei, Taichung, Chiayi, Tainan and Kaohsiung — that have regular flights to the outlying islands have been equipped with COVID-19 screening stations.

The measure has been introduced to curb the spread of the virus via air travel in light of the rising number of locally transmitted cases, the CECC said.

The new measures require people traveling to the outlying islands to sign a health declaration form before boarding.

If people show COVID-19 symptoms when they check in at the airport, they would be asked to take a polymerase chain reaction test and sent home to wait for the results.

People who report having symptoms within two weeks of their flight would be asked to undergo tests at airport screening stations, and would only be allowed to board if the results are negative, the CECC said.

Those who test positive would be taken to a quarantine hotel or other designated facilities to undergo further tests, it said.

“All screening tests could produce a false negative or false positive result. Travelers who test negative should still comply with disease prevention measures: washing hands regularly and wearing a mask, as well as avoiding gatherings and high-risk areas,” the center said.

In other developments, Taiwan Taoyuan International Airport has switched to using chlorine dioxide solution as a disinfectant after sniffer dogs showed an aversion to bleach.

Twenty-five detector dogs are posted at the airport’s two terminals and cargo stations, Bureau of Animal and Plant Health Inspection and Quarantine officials stationed at the airport said on Saturday.

The dogs are guided by officers to check if arriving passengers carry any illegal agricultural products, such as pork products from countries affected by African swine fever, they said.

The airport previously used a diluted bleach solution to disinfect passengers’ baggage, but officials said the dogs tended to stay away from the baggage carousels because of the pungent smell, which seemed to affect their ability to focus on their work.

They reported their findings to Taoyuan International Airport Corp, which agreed to use chlorine dioxide instead and adjust the routes of disinfection, the officials said, adding that the dogs have regained their acuity following the change.

The airport consumes nearly 1,000 liters of disinfectant solution every week, diluted from 250 liters of chlorine dioxide solution, which is produced by local companies and approved by the Environmental Protection Administration, the company said.

As the solution is applied in public spaces, it has to be effective in sterilization and safe for humans, without polluting the environment, it said.