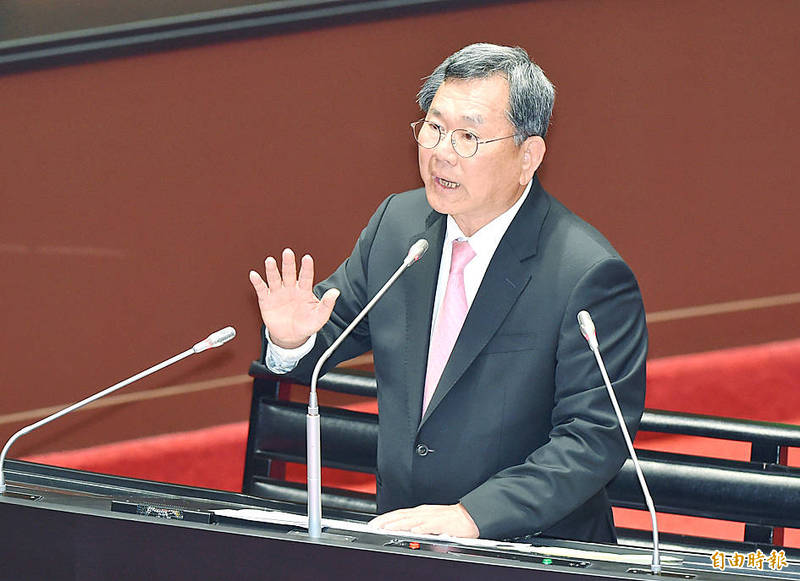 QUARANTINE BLUNDER: The government should be responsible for a cluster infection at a hotel, as the cases have caused panic, DPP Legislator Chen Ming-wen said

The Ministry of Transportation and Communications should make it mandatory for pilots and flight attendants, as well as their family members, to be vaccinated in view of a cluster of COVID-19 cases at the Novotel Taipei Taoyuan International Airport hotel, lawmakers said at a meeting of the legislature’s Transportation Committee yesterday.

The cluster infection at the hotel had led to 28 confirmed COVID-19 cases as of Tuesday, including hotel workers, as well as China Airlines flight and cabin crew, and their family members.

The Central Epidemic Command Center （CECC） yesterday tightened quarantine requirements for pilots and flight attendants, who must quarantine for five days and observe self-health management guidelines for another nine days.

Prior to the announcement, flight and cabin crew were required to quarantine for three days and follow self-health management guidelines for another 11 days.

The outbreak at the hotel was the focus of the committee, which had met to unfreeze part of the ministry’s budget.

Many countries have required flight and cabin crew, border control workers, as well as their family members, to be vaccinated, because they are more likely to be exposed to people infected with COVID-19 than doctors at hospitals, Democratic Progressive Party Legislator Lin Chun-hsien （林俊憲） said.

“Now we have a loophole in the disease prevention system. The government should make vaccination mandatory for airline employees and border control workers. Those working in transit hotels and quarantine hotels should also be vaccinated,” he said.

The ministry should make the recommendation when meeting with CECC officials, particularly now that vaccines are available, Lin added.

Wang said that he agreed with the proposal and would ask the Civil Aeronautics Administration （CAA） to study it, but added that the center would have the final say on the matter.

Democratic Progressive Party （DPP） Legislator Chen Ming-wen （陳明文） said the government should take responsibility for the COVID-19 outbreak at the hotel, as the cases have caused panic and pushed the nation to the brink of community infection.

As Minister of Health and Welfare Chen Shih-chung （陳時中）, who heads the CECC, had said that vaccination is the best way to prevent the spread of the coronavirus at this stage, the ministry should ask pilots at China Airlines and other carries to be vaccinated, Chen Ming-wen said.

In addition to airline workers, railway and highway bus workers should be vaccinated as well, he added.

About 27 percent of 1,279 China Airlines pilots have been vaccinated, CAA data showed.

More than 400 people have been quarantined due to the cluster infection at the hotel, it said.

Wang told Chinese Nationalist Party （KMT） Legislator Hung Mong-kai （洪孟楷） that the government must strike a balance between the need to continue economic activities and containing the disease when setting quarantine requirement for flight and cabin crew.

However, what happened at the hotel is a special situation, Wang added.

“As an international tourism hotel, Novotel is regulated by the Tourism Bureau. The hotel’s Hall 2 was used as a quarantine hotel to accommodate foreign pilots in transit, and the service was overseen by the Taoyuan City Government,” he said.

“We will examine if guests in Hall 1 and Hall 2 share elevators and dining areas, and whether that needs to change,” he added.

Nearly 1,300 EVA Airways pilots and flight attendants had been vaccinated as of yesterday, the airline told the Taipei Times.