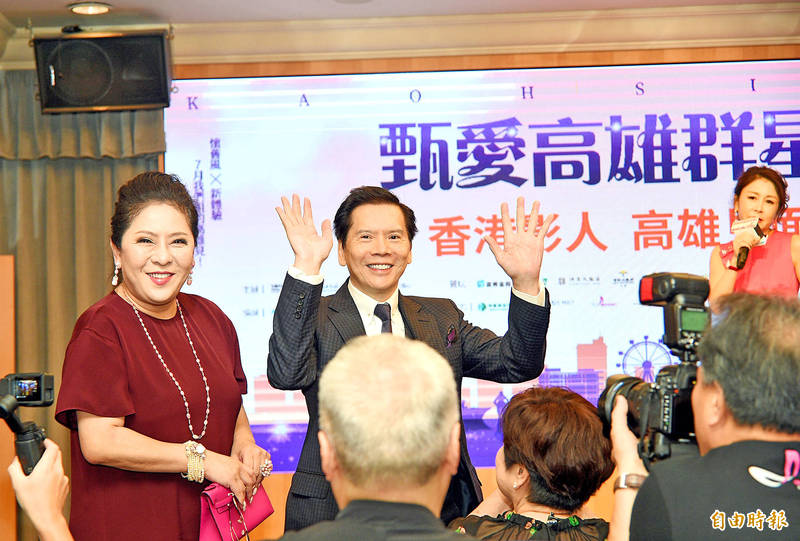 By Wang Kuang-jen and Chen Yu-fu / Staff reporters, with CNA

“Government officials handling the case have applied the most rigorous scrutiny, with the top priority to protect national security,” Su said. “Ministries will report to the public the details of the decisionmaking process at a suitable time.”

Su was responding to media queries about the National Immigration Agency’s （NIA） decision on Thurdsay to deny applications by Heung and his eldest son, Jacky Heung （向佐）, to obtain residency in Taiwan through Heung’s Taiwanese wife, Tiffany Chan （陳嵐）.

The NIA said that its decision was based on Article 22 of the Regulations Governing Residency or Permanent Residency for People of the Hong Kong Area and the Macau Area （香港澳門居民進入臺灣地區及居留定居許可辦法）, which lists reasons to reject an application, including incomplete paperwork, the risk of an applicant “harming national interests” and involvement in entities linked to the Chinese government.

Sources said that the decision was made after meetings between officials from the NIA, the National Security Bureau and the Mainland Affairs Council.

Bureau officials said that the foundation conducts propaganda campaigns for Beijing and organizes programs for the Chinese government’s push for “all-citizen national defense” in public education.

NIA records showed that Charles Heung has been refused entry numerous times, as files from the Martial Law-era Taiwan Garrison Command list him as a “senior figure” of Hong Kong’s largest criminal organization, the Sun Yee On.

Vetting showed that Jacky Heung is a member of the National Committee of the All-China Youth Federation, an organ with links to the Chinese Communist Youth League, sources said.

National security officials could not exclude the possibility that the family was seeking to move to Taiwan on instructions from the Chinese Communist Party to carry out specific missions, and might undermine public safety, as well as the rights of Taiwanese and Hong Kongers in Taiwan.