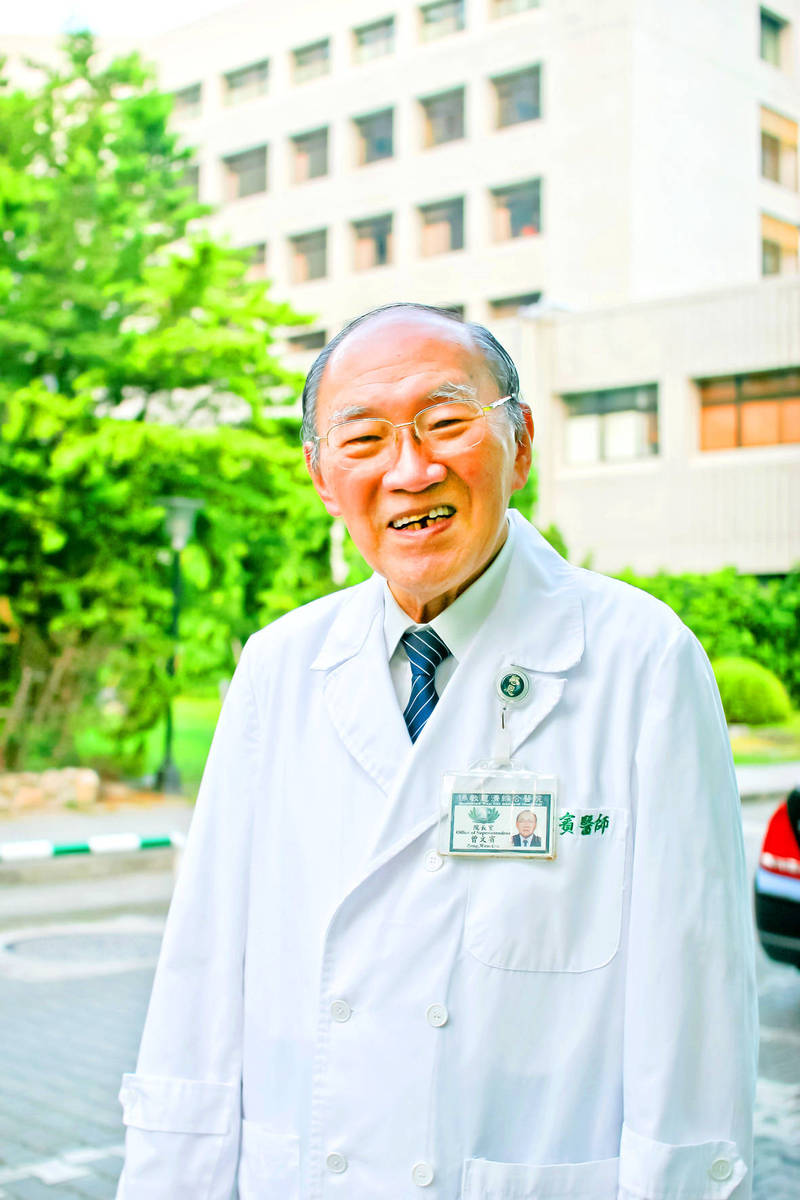 Tseng Wen-pin （曾文賓）, who is known as one of Taiwan’s “fathers of blackfoot disease,” passed away in his sleep on Sunday evening in Hualien County. He was aged 98.

A memorial service for Tseng is to be held at Hualien Tzu Chi Hospital on Dec. 20, the hospital said yesterday, adding that an academic seminar would be held in his honor the same day.

Tseng, who was an honorary superintendent of the hospital, practiced medicine for more than 50 years. He earned the title of Taiwan’s “father of blackfoot disease” for his dedication to researching the peripheral vascular disease.

In 1958, while he was a part-time attending physician at National Taiwan University （NTU） Hospital’s Department of Internal Medicine, Tseng joined the blackfoot disease research team at NTU’s College of Medicine.

As part of his research, he traveled to the central and southern parts of the nation several times to collect information on thousands of cases, and discovered that the disease was caused by elevated levels of arsenic in well water.

In 1968, his research on the relationship between the prevalence of the disease and arsenic content in drinking water was published in an international journal on environmental health.

The article has been cited more than 1,000 times, earning Tseng respect from the international community and status as a pioneer in epidemiology in Taiwan.

About 150,000 people from four townships benefited from the project at the time.

In the 1970s, Tseng also proposed important research on the prevention and treatment of high blood pressure and coronary heart disease in middle-aged and older Taiwanese, as well as epidemiological research on cardiovascular disease among Aborigines.

Following the opening of Hualien Tzu Chi Hospital, Tseng resigned as deputy superintendent of NTU Hospital and moved to Hualien with his wife to serve the community there.

In 1989, he took over as superintendent of the Hualien hospital, and oversaw the completion of what is now known as the Tzu Chi University of Science and Technology in Hualien.

Tseng was named the recipient of the special contribution award at the 15th Medical Dedication Awards in 2005 for a lifetime of outstanding contributions to the field of epidemiology.