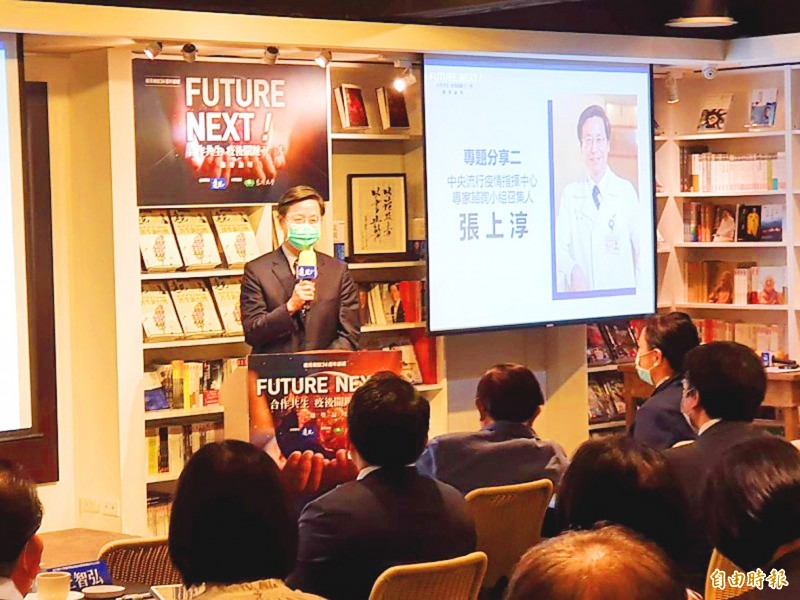 Chang made the remark at a forum in Taipei discussing the steps Taiwan should take in the post-pandemic era, organized by the Chinese-language magazine Global Views Monthly.

“As people say: ‘No pain, no gain.’ We have suffered pain and have gained,” Chou said, adding that Taiwan had learned much from the SARS outbreak in 2003 and improved its disease prevention measures.

That included amending regulations to set up a more efficient and centralized disease control command system, enhancing infection controls at healthcare facilities and setting up a mask rationing policy, he said.

Taiwan acted fast to effectively block the virus through these mechanisms, as well as the use of smart technology, he added.

“However, the global COVID-19 situation is still severe, so the CECC is being very careful in easing border controls,” Chou said.

Until effective vaccines and drugs are developed, wearing a mask, washing hands frequently and practicing the “new disease prevention lifestyle” remain very important, he said, adding that the government also needs to consider its long-term investment strategy in the public health and healthcare sectors.

Chang said the CECC and advisory specialists acted rapidly and frequently discussed response measures from the early days of the pandemic.

They were prepared for possible local outbreaks, but the nation kept the disease situation under control much better than they had expected, he said.

He is thankful to healthcare workers who had to keep up with the rapidly changing policies, as well as for the cooperation of people and the private sector, Chang added.

About 1 million new confirmed cases were reported around the world in only four days, Chang said.

While Taiwan is relatively safe, it faces the challenge of how to interact with other nations for economic development while preventing the risk of a local outbreak, he said.

“If people always want to see zero new cases, then the government will not dare to ease [disease prevention] policies, but this might have a negative effect on the economy,” he said.

“We should not always have zero tolerance to new infections, or else the government cannot make any changes,” he added.

Posing a hypothetical question, Chang asked whether a doctor should be more focused on the overall well-being of a patient or getting perfect data values, and said that people should not be so concerned by a few new COVID-19 cases, which might indicate local infection, and cast doubt on the government’s overall disease prevention policy.

Asked about a Belgian COVID-19 patient who had been in Taiwan since May and tested positive last week, Chang said: “Theoretically, the possibility of him having contracted it in Taiwan is higher, but whether there are exceptions, we still need more information to tell.”

If disease prevention measures were to fail just because the nation does not conduct COVID-19 tests on all travelers within 14 days of their arrival in Taiwan, then the nation would have already lost control of the disease situation, he said.

The nation should emerge from the crisis and become stronger, he said.

Wang proposed changing the slogan “Taiwan can help” to “Taiwan can lead,” and urged the nation to seize the opportunity to share its biotechnological innovations with the world, or even take the lead in developing new disease prevention technology.

A video of Taiwanese-American HIV/AIDS researcher David Ho’s （何大一） interview with Global Views Monthly was also screened at the forum, in which Ho said that people must realize that “if you don’t have public health, you’re not going to have economic health.”