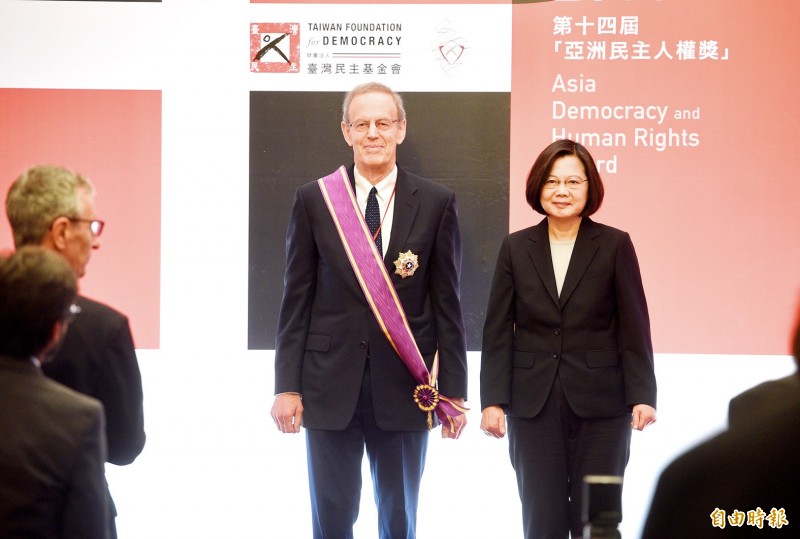 SAFEGUARDING RIGHTS: The committee is to be charged with protecting constitutional rights, promoting social justice and bringing the country in line with global standards

As the world marked Human Rights Day yesterday, the Legislative Yuan passed the Organic Act of the National Human Rights Committee （國家人權委員會組織法）, paving the way for the establishment of a committee to promote human rights as part of the Control Yuan.

The act was based on the UN’s Principles Relating to the Status of National Institutions, also known as the Paris Principles, and Amnesty International’s Optional Protocol to the Convention Against Torture and Other Cruel, Inhuman or Degrading Treatment or Punishment, which stipulate that UN member states must put in place a national mechanism to promote and protect human rights, said the Control Yuan, which took part in drafting the act.

The committee is to be created to guarantee people’s constitutional rights; lay down conditions necessary for protecting and improving human rights; ensure that social justice and equality are realized; bring the nation in line with international human rights standards; and establish the universal value of human rights and related regulations, the act says.

The 10-member committee is to be headed by the Control Yuan president and composed of seven Control Yuan members, with the other two to be selected from candidates nominated by committee members and replaced annually, it says.

The committee is to take charge of investigating cases involving torture or violation of human rights or any degrading treatment, report its findings and give suggestions to the government, it says.

It is to push human rights legislation based on international literature on human rights, the act says.

It is to make recommendations on legislation, legal amendments and constitutional amendments based on international standards on human rights, in addition to publishing annual national human rights reports, it stipulates.

The Organic Act of the Control Yuan （監察院組織法） was also amended to accommodate the new legislation. It includes a provision that allows the Control Yuan to confer membership on individuals who specialize in human rights protection, are renowned in the field, or are from non-governmental organizations concerned with the protection of human rights.

In related news, President Tsai Ing-wen （蔡英文） yesterday conferred the Order of Brilliant Star with Grand Cordon on Carl Gershman, president of the US nonprofit National Endowment for Democracy （NED）, a report published on the Presidential Office Web site said.

“For many years, the NED has kept a close and constant watch on democratic development around the world, which has been a great source of encouragement for advocacy groups in many countries. The Taiwan Foundation for Democracy is flourishing today, also due to President Gershman’s support,” Tsai said at the awards ceremony.

The program has provided assistance to more than 3,000 human rights workers from over 60 countries in the Asia-Pacific, the Middle East and North Africa, providing training on topics such as the rights of indigenous peoples, migrant workers and LGBT people, and environmental protection, she said.