《TAIPEI TIMES》 US to cooperate with Taiwan on IUU fishing 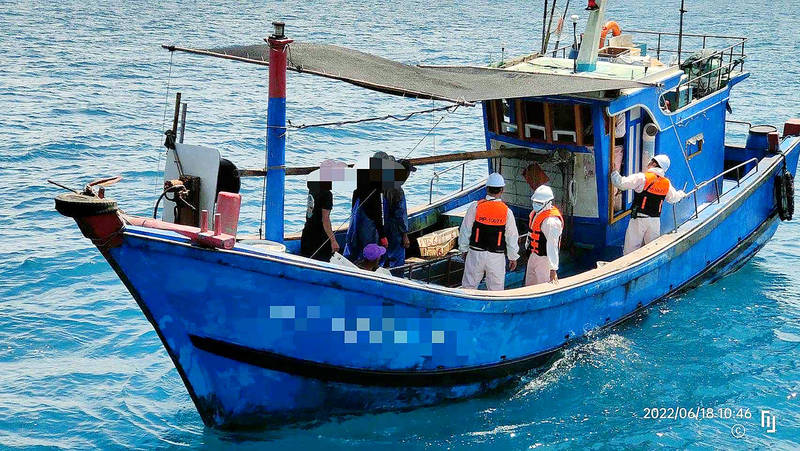 The US on Monday said that it would step up cooperation with Vietnam and Taiwan among others to combat illegal fishing, a problem that environmentalists and Western nations increasingly attribute to China.

As a major UN conference opened in Portugal on restoring the planet’s ailing oceans, US President Joe Biden signed a memorandum that aimed to step up coordination and enforcement within the US government against illegal fishing and the use of forced labor.

An administration official said, without further detail, that the cooperation would include “capacity building” as part of a strategic plan.

The US identified the five “not because they are the primary offenders of IUU fishing, but because they have expressed a willingness to work with the United States to combat IUU fishing in their countries,” she told reporters on customary condition of anonymity.

US officials generally avoid describing Taiwan as a country as the US only recognizes Beijing.

Vietnam also has intense maritime disputes with Beijing, which claims large stretches of the South China Sea and has sought to enforce its own fishing regulations.

Another official said that, while the new US effort does not target any nation, China “is a leading contributor to IUU fishing worldwide, and has impeded progress on the development of measures to combat IUU fishing and overfishing in international organizations.”

A report by the Environmental Justice Foundation said that China by far has the world’s largest fleet capable of fishing in distant waters and that there have been frequent complaints of abuse.

The British advocacy group said that crew members from Indonesia and Ghana in interviews recounted Chinese captains imposing excessive hours without pay, meting out threats or actual violence, and providing low-quality food that led to diarrhea and other maladies.

Meanwhile, the US military yesterday said that a US Navy aircraft’s flight through the Taiwan Strait last week demonstrated Washington’s commitment to a free and open Indo-Pacific region, after China complained it endangered peace and stability.

“US Navy vessels and aircraft routinely interact with foreign warships and aircraft while operating throughout the region,” the US Indo-Pacific Command said in a statement. “All interactions with foreign military forces during the transit were consistent with international norms and did not impact the operation.”