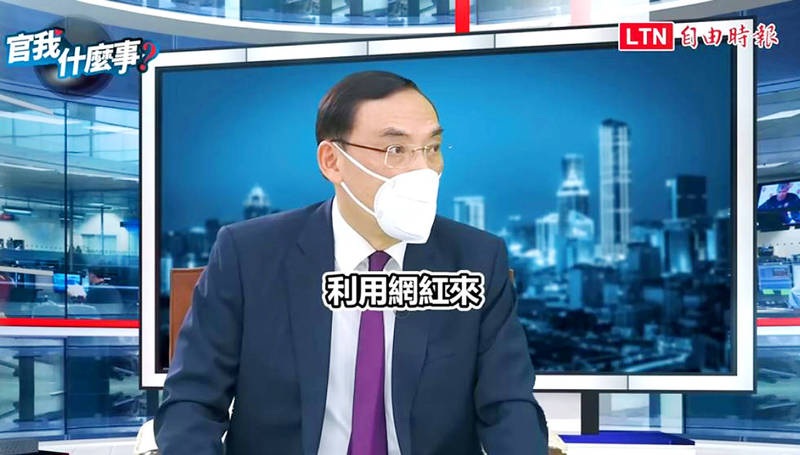 PAYOLA PROPAGANDA: Using streamers to spread false information is a new tactic, as outside forces often sponsor a particular group through businesspeople, a minister said

Tsai made the remarks in an interview with the Chinese-language Liberty Times （the Taipei Times’ sister newspaper）, the contents of which were aired yesterday.

The ministry is continuing to monitor such behavior and would strive to combat cognitive warfare tactics, he said.

Attempts to influence Taiwanese politics by giving Internet personalities and streamers money and having them spread false information is a new tactic, Tsai said.

“External forces have been known to use a variety of methods to influence Taiwanese politics,” such as subsidizing a particular group or candidate through Taiwanese businesspeople, or exerting influence over local temples to have them persuade local residents to vote for certain candidates, he said.

Other methods have involved Chinese spouses in Taiwan and underground banking institutions offering voters all-expenses-paid trips to China, he added.

The ministry has also drafted an amendment to the National Security Act （國家安全法） that would send criminal cases involving people or organizations nominally controlled by a foreign power, China, Hong Kong or Macau straight to the second appellate court, Tsai said.

The amendment would also make corporate espionage a criminal act, as well as leaking the nation’s core technological secrets to foreign assets, he said.

The technology sector is an important asset for Taiwan and crucial to its national security, he added.

While local elections have always been the most prone to corruption, modern technology can spread false information swiftly, an issue the ministry must seek to control, Tsai said.

“We aren’t ruling out the possibility of external forces utilizing modern technology, such as e-wallets and blockchain technology, to facilitate such payments,” he said, adding that the ministry would also be monitoring the spread of false information and nip it in the bud.