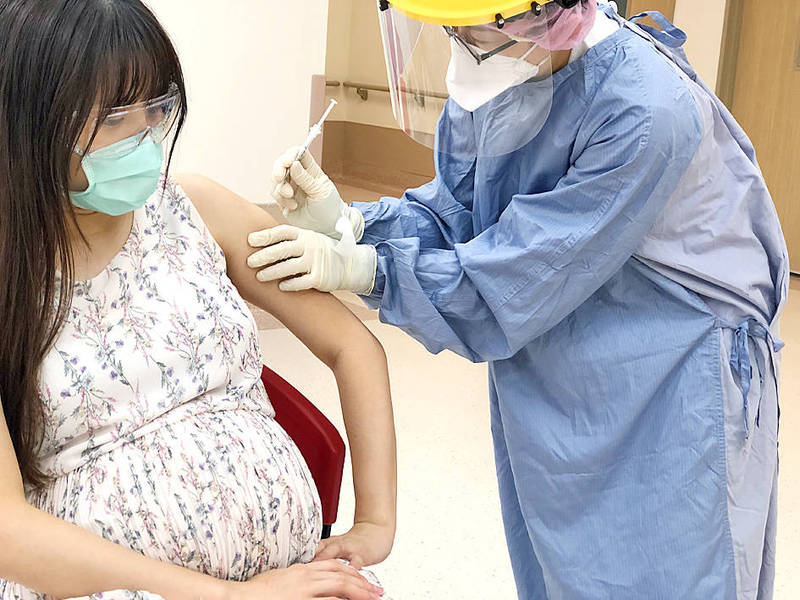 OVERSEAS STUDIES: There is no evidence that SARS-CoV-2 can be transmitted via breast milk, a neonatologist said, adding that there is no need to sterilize breast milk

Babies born to mothers who were vaccinated against COVID-19 during pregnancy are shown to have some protection against the disease for up to six months, Linkou Chang Gung Memorial Hospital neonatologist Chiang Ming-chou （江明洲） said on Saturday.

Chiang made the remarks at a seminar on the subject held by the Centers for Disease Control.

“At present, there is no evidence that the virus [SARS-CoV-2] can be transmitted via breast milk and, in principle, breast milk does not need to be sterilized,” he said.

Chiang said 3.1 percent of babies in a study in the US tested positive for COVID-19 after being born to unvaccinated mothers who were infected before giving birth.

Those babies showed symptoms including a runny nose, cough and a fever, he said.

“A Canadian study conducted from March 2020 to October last year showed an increase in the rate of preterm births and births by caesarean section,” with “the preterm births mainly occurring between 32 and 36 weeks into the pregnancies,” he said.

Another study conducted in Sweden from March 2020 to Jan. 31 last year showed an increase in hospitalization, respiratory distress syndrome, use of ventilators and jaundice among newborns, he said, while a study in Dallas, Texas, showed a threefold increase in infections among pregnant women following the emergence of the Omicron variant of SARS-CoV-2.

However, in the Dallas study, the number of infected women who became critically ill from Omicron was one-10th of that during the earlier outbreak of the Delta variant, Chiang said.

Citing data from the American Academy of Pediatrics, Chiang said that 1.6 percent to 2 percent of babies born to infected mothers test positive for COVID-19 within one to three days of birth.

In most cases infected newborns are asymptomatic, or show mild symptoms such as a runny nose, cough or a fever, he said.

However, in moderate to severe cases, they might develop respiratory distress, poor appetite, lethargy, vomiting and diarrhea, or even organ failure in the worst cases, he added.