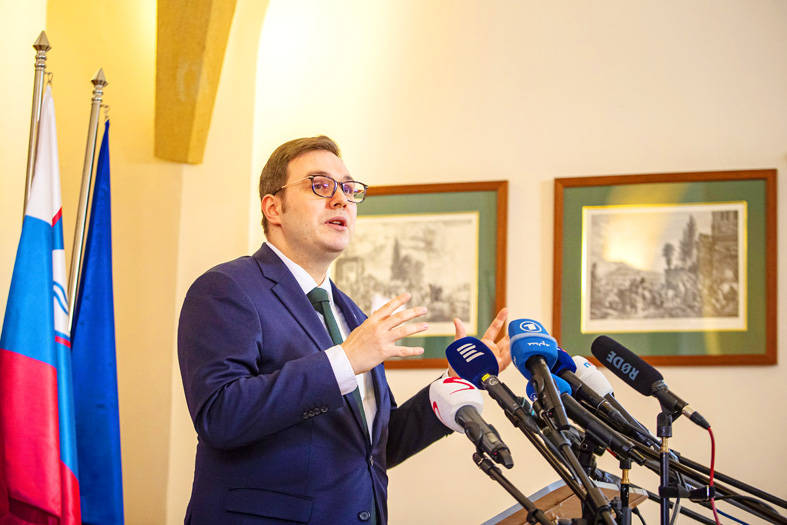 It is time for the EU to help “bullied” democracies such as Taiwan, Czech Minister of Foreign Affairs Jan Lipavsky said on Wednesday, adding that his country could make a similar move to Lithuania and rename the Taipei mission in Prague to “Taiwanese.”

Lipavsky was quoted as making the comment in an interview with US media firm Politico, which published the interview on its Web site.

The interview focused heavily on the relationship between Taiwan and the Czech Republic.

The administration of Czech Prime Minister Petr Fiala considers Taiwan to be one of its key partners in the Indo-Pacific region, Lipavsky said.

The eastern European country hopes to bolster the economic relationship between the two sides as well as assist Taiwan as much as possible, he said.

“We understand that Taiwan is bullied by China,” Lipavsky said, adding that “part of [our government’s vision] is that democracies in the world should hold together — and Taiwan is a democracy.”

Taiwan is a global pioneer in the semiconductor field and one of the biggest investors in the Czech Republic, to which it offers many good job opportunities, he said.

The article also cited diplomatic officials as saying that the Czech Republic might follow the lead of Lithuania and rename the Taipei Economic and Cultural Office in Prague the “Taiwanese Representative Office” after Czech President Milos Zeman retires at the end of the year.

Taiwan opened the Taiwanese Representative Office in Lithuania last year, without using the name “Taipei” as it has in other countries.

Minister of Foreign Affairs Joseph Wu （吳釗燮） on Twitter expressed his appreciation for Lipavsky’s words, saying that Taiwan would stand firm, despite China’s bullying, and continue to work with the Czech Republic and other democratic partners in Europe.

“We’re like-minded. That says it all,” Wu wrote.