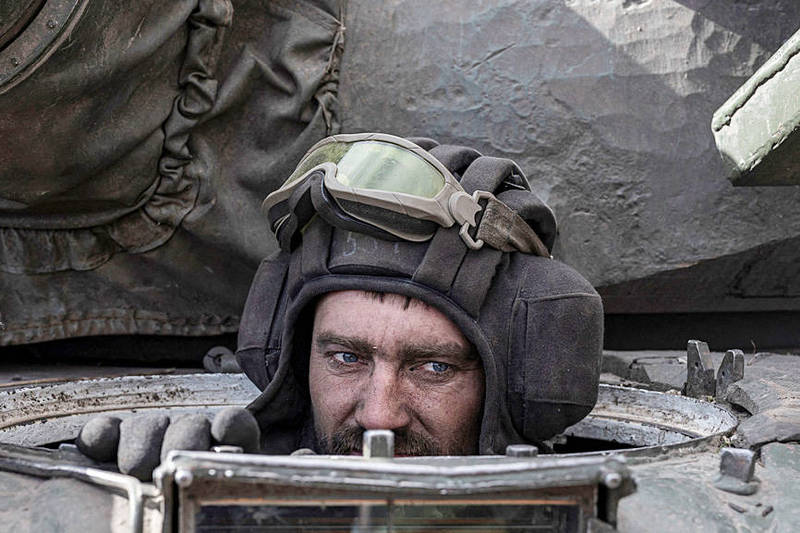 A Ukrainian serviceman sits inside a captured Russian tank in Lukyanivka, Ukraine, on Sunday. Photo: Reuters

Beijing is watching Russia’s combat experience, Ukraine’s resistance and international sanctions “to deduce the possible situation of a conflict in the Taiwan Strait,” the council said in a statement following a meeting of its China policy advisers.

It cited the advisers as saying that the war had “great lessons” for China’s People’s Liberation Army, “especially the Russian military’s over-estimation of its long-range precision strikes.”

Russia misjudged the war situation, did not properly analyze intelligence and its generals were promoted based on personal relationships, not talent, they said.

“This will also affect the trust of Chinese communist leaders in their army, and they will be more cautious when using force,” they said.

Russian precision-guided missiles are failing up to 60 percent of the time in Ukraine, US officials with knowledge of intelligence on the issue have said, a possible explanation for the poor progress of Russia’s invasion.

The possible impact of the war on China’s military thinking on Taiwan, and how China could attack the nation, has been widely debated in official circles in Taipei.

Asked about those kinds of remarks, China’s Taiwan Affairs Office （TAO） said earlier yesterday that the Chinese government is willing to make the greatest efforts to achieve “peaceful reunification.”

Meanwhile, in Moscow, the Kremlin yesterday played down hopes of a breakthrough following peace talks between Russian and Ukrainian delegates in Istanbul, Turkey, on Tuesday.

“We cannot state that there was anything too promising or any breakthroughs,” Kremlin spokesman Dmitry Peskov told reporters. “There is a lot of work to be done.”