《TAIPEI TIMES》 Crash not due to shortage of spare parts: minister 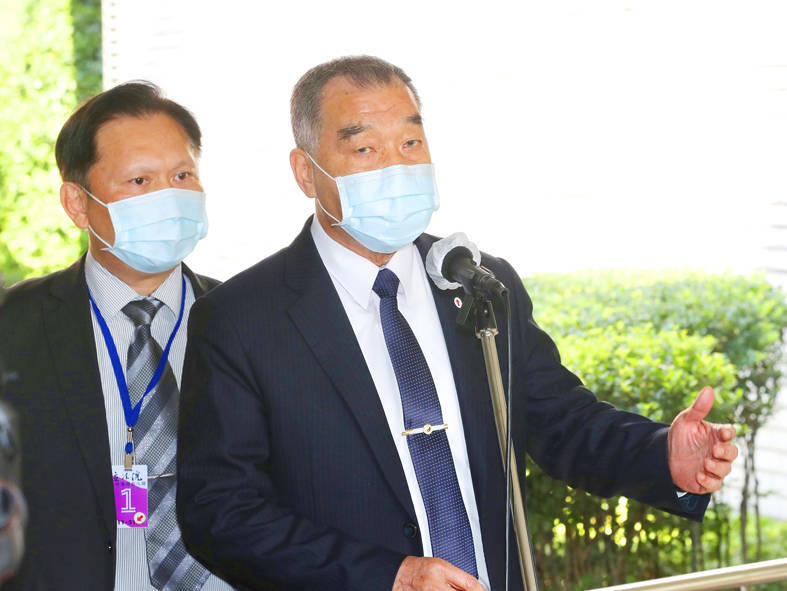 PRIORITIZING SAFETY: The military is considering upgrading or replacing its Mirage 2000-5s, which have been in service since 1997, Chiu Kuo-cheng said

Monday’s Mirage 2000 crash was not due to a spare parts shortage, Minister of National Defense Chiu Kuo-cheng （邱國正） said yesterday, adding that the military was considering upgrading or replacing the aging French-made jets that have been in service for 25 years in Taiwan.

“The air force’s Mirage 2000 fleet has met the required availability rate and therefore I can assure you that it [the crash] had nothing to do with a shortage of spare parts,” Chiu told reporters on the sidelines of a legislative session.

When asked about the spare parts shortage for the Mirage 2000s on Monday, air force Chief Inspector Major General Liu Hui-chien （柳惠千） said that the air force did experience “some delays” in receiving spare parts in previous months because of travel restrictions imposed due to the COVID-19 pandemic.

However, the supply of spare parts has recently returned to normal and the overall availability rate of the nation’s Mirage 2000 fleet is good, Liu said.

The military is considering upgrading or replacing its Mirage 2000-5s, which have been in service since 1997, but a final decision has not been made, Chiu said yesterday.

Asked about the military’s relatively high incident rate, Chiu said that as the head of national defense, he took full responsibility for a series of military jet crashes over the past few years.

The military has had seven aircraft crashes since 2020, losing eight planes and helicopters, and killing 13 military personnel.

The air force has been conducting reforms to beef up pilot training to make sure that similar accidents would not happen again, Chiu said.

The Mirage 2000-5 fighter, serial number 2017, took off from the Taitung Air Base at 10:08am on Monday for a routine training session.

However, about an hour after taking off, the 38-year-old pilot, Lieutenant Colonel Huang Chung-kai （黃重凱）, reported to the base at 11:05am that his jet was experiencing a “mechanical malfunction.”

He was picked up in the ocean off Taitung County at 12:06pm by a UH-60M helicopter, which landed at the base at 12:13pm before Huang was sent to a hospital.

Chiu said he was pleased to learn that the pilot had safely ejected with no major injuries.

Taitung MacKay Memorial Hospital, where Huang is being hospitalized, told reporters that Huang would be discharged today if everything goes well.

Doctors on Monday said that Huang was in good health despite the accident, but they would keep him under observation for another 48 hours as a precaution against Huang developing a possible lung infection after he inhaled some seawater while waiting to be rescued.

The air force on Monday said that initial indications were that a mechanical malfunction likely caused the crash.

However, the exact cause of the problem and the specific part of the plane where it occurred cannot be determined until after the jet’s wreckage has been recovered and an investigation has been conducted.

Sources said that searchers late on Monday found some airplane parts in the ocean about 18.5km off Taitung’s Chihpen （知本） area.

These parts have been sent to the air force to confirm if they were from the missing Mirage 2000.

Monday’s accident was the eighth involving the nation’s Mirage 2000-5s since they began service in 1997. Among those were six crashes that left five pilots dead.