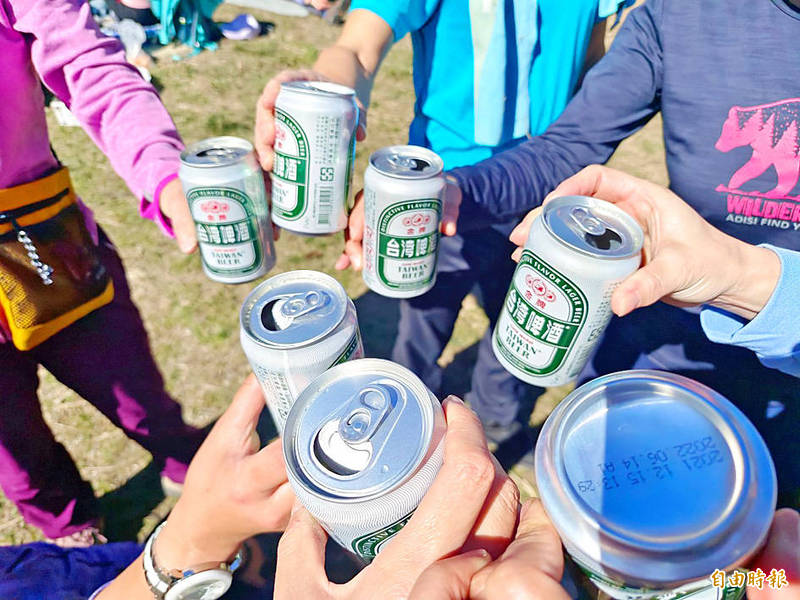 The percentage of Taiwanese women who consume harmful amounts of alcohol is on the rise, particularly in the 18-to-29 age group, a study by the National Health Research Institutes （NHRI） has shown.

The gap between the number of men and women who drink alcohol is shrinking, which is likely due to societal changes, the NHRI said.

The government should amend the laws to require that the dangers of excessive alcohol consumption be made clearer on the packaging of alcoholic beverages, it said.

The research team looked at survey data from 2014 to 2018 and found that the gender gap in alcohol consumption over the period had shrunk annually, said NHRI Center for Neuropsychiatric Research director Chen Wei-jen （陳為堅）, who led the team.

The survey defined excessive alcohol consumption as more than five units of alcohol in a single session of drinking, with one unit defined as a 350ml can of beer or equivalent in alcohol content.

The team used the Alcohol Use Disorders Identification Test developed by the WHO to define harmful consumption of alcohol. The test includes 10 questions with scores of one to four points each.

People who score eight or higher are deemed to have “harmful” alcohol-consumption habits that affect personal relationships, work and other factors of their lives, Chen said.

They might also experience anxiety or depression when they do not consume alcohol, he said.

In 2014, 37.99 percent of men surveyed reported drinking harmful levels of alcohol, while only 5.3 percent reported doing so in 2018. Over the same period, the number of women surveyed who engaged in harmful drinking grew from 1.32 percent to 1.72 percent, he added.

Those in the 18-to-29 age group increased from 1.63 percent to 1.84 percent, Chen said, adding that the majority of those in that category were university educated and worked in professional occupations.

“The gender gap in alcohol consumption has been shrinking in the past few years in South Korea and Japan as well,” he said. “However, in those countries men have reduced their alcohol consumption, while women have been drinking the same amount as earlier, whereas in Taiwan women are drinking more than before.”

Chen said the decline in heavy drinking among men could be due to stricter laws against driving under the influence, while the increase in women might be due to more women working in professional occupations.

“International companies selling alcoholic beverages have seen the potential in the Asian market and Taiwan does not have laws against advertising alcohol as it does for tobacco products,” he said.

“Alcohol is legal, but we need to be aware of the dangers of overconsumption, including alcohol poisoning, injury from falls, sexual assault and other latent dangers,” he added.