《TAIPEI TIMES》 Australia would follow US lead on Taiwan: minister 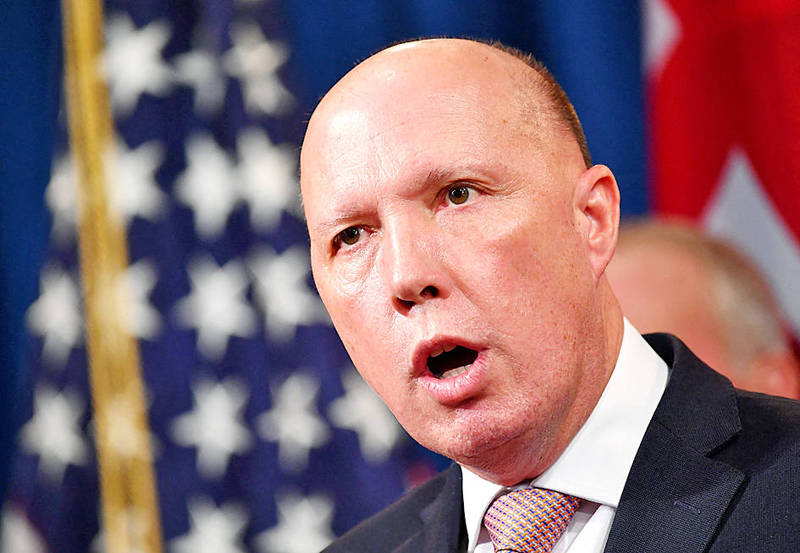 Australia would act according to the US response in the event of a Chinese attack on Taiwan, Australian Minister for Defence Peter Dutton said in an interview with Sky News yesterday.

“Nobody wants to see conflict, but that really is a question for the Chinese,” he said.

When asked by reporter Annelise Nielsen whether Australia was ever likely to find itself in an armed conflict with China, Dutton talked about Australia’s 70-year history of military cooperation with the US.

If Taiwan were attacked, Australia would see “what the American response was,” Dutton said, adding that “we obviously have an alliance with the United States.”

Dutton said he had been focused on China during the past six years since he joined the Australian National Security Committee.

China’s actions have been a concern and Australia wants its neighbors to be free of coercion, interference or bullying, he said.

Given Australia’s comparatively small population of about 25 million, it is important for it to have good friends, which it has with nations such as the US, the UK, Canada and New Zealand, Dutton said.

The Quadrilateral Security Dialogue between the US, India, Japan and Australia, and ASEAN are also important for stability, he said.