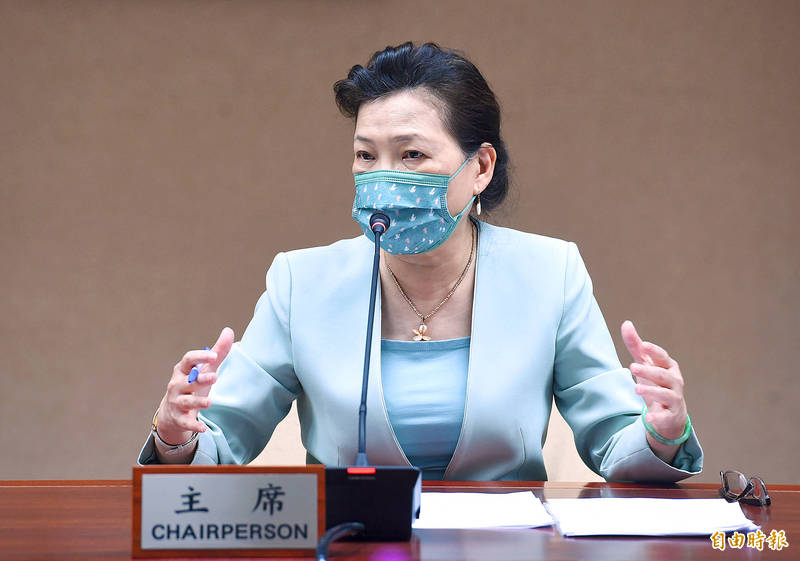 China’s surprise application to join the Comprehensive and Progressive Agreement for Trans-Pacific Partnership （CPTPP） would not force Taipei’s hand in its own application, Minister of Economic Affairs Wang Mei-hua （王美花） said yesterday.

Speaking to reporters outside the Legislative Yuan in Taipei, Wang said that Taiwan has been pursuing back-channel negotiations with friendly countries to lobby for its inclusion in the CPTPP and other bodies.

“Our strategy is to line up allies in a low-key manner and work on building consensus before pursuing any official application,” Wang said. “That way, things tend to happen smoothly as a matter of course.”

China, on the other hand, surprised the world when it moved to officially join the trade pact of 11 Pacific Rim countries, including Australia, Canada, Chile, Japan and New Zealand, she said.

Beijing’s surprise bid for inclusion does not mean Taipei should feel pressured into making a parallel bid, she added.

“There’s no set timetable for inclusion after an official bid,” Wang said. “There are certain procedures, and there has to be consensus from member countries that inclusion is appropriate.”

Wang said China’s moves to crack down on economic activities and unfriendly trade relations with CPTPP member nations could hurt its chances of inclusion.

“We could question if China meets the CPTPP’s high standards for inclusion right now,” Wang said. “Recently, China has repeatedly interfered with the economy in highly illiberal ways, heightened surveillance, reduced transparency and even banned imports without proper cause.”

Taiwan has been working on market liberalization and legal framework adjustments to be “CPTPP compatible,” Wang said.

The CPTPP is the successor to the Trans-Pacific Partnership, from which former US president Donald Trump withdrew during his tenure. The withdrawal of Taiwan’s most powerful supporter from the regional agreement has been seen as detrimental to Taiwan’s chances.

“Of course US support is always welcome in helping Taiwan join international organizations,” Wang said. “However, US President Joe Biden might have a lot to deal with right now with the [COVID-19] pandemic, economic recovery and strengthening bonds between allies.”

The CPTPP might also have to make some changes on issues such as the environment and labor before the US becomes more amenable to inclusion, Wang added.