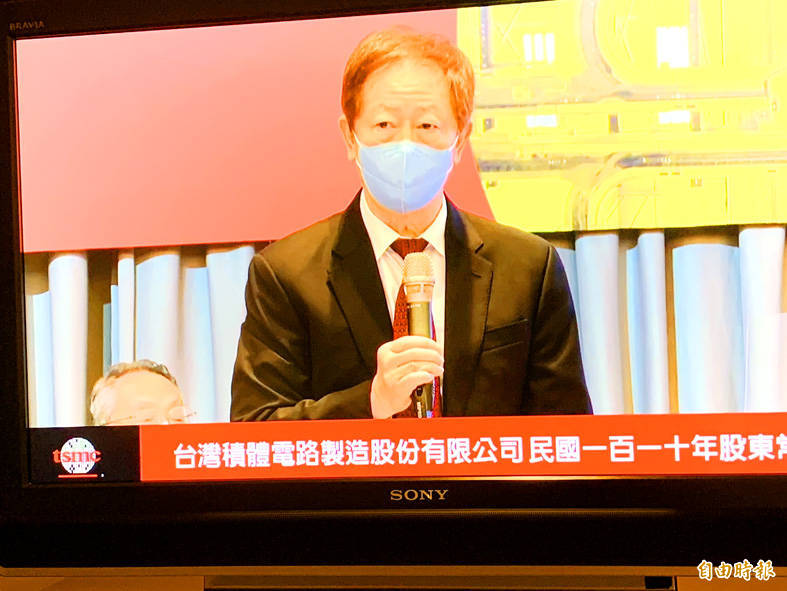 ‘IN ITS INFANCY’: The company’s 12-inch fab in Arizona is to be its first major overseas chip manufacturing site, while the fab in Japan would be its second, if it is constructed

Taiwan Semiconductor Manufacturing Co （TSMC, 台積電） is evaluating the feasibility of constructing a semiconductor fabrication plant in Germany as it continues to expand overseas, it said yesterday.

A shareholder at the contract chipmaker’s annual general meeting in Hsinchu City yesterday asked about the possibility following media reports earlier this month that TSMC was approached by the German government about building a chip fab in the country, as Europe joins the US and China in establishing local chip supplies in a bid to avert future chip shortages.

“About the German fab, we are seriously looking into it, but it is still in its infancy,” TSMC chairman Mark Liu （劉德音） told the annual general meeting. “We have close communication with several of our major clients in Germany. We will continue to communicate with them about what would be in the best interest of our clients, but we are still in very early talks.”

The US is to be the first major overseas chip manufacturing site for TSMC, as it started constructing an advanced 12-inch fab in Arizona earlier this year. Using 5-nanometer technology, the fab is expected to start production in the first quarter of 2024.

Japan could be TSMC’s second overseas site, as the chipmaker said that it is carrying out due diligence regarding building a fab there.

“The decision to build a fab in the US and the evaluation of constructing another one in Japan are all based on customer demand,” Liu said. “About 70 percent of TSMC’s business comes from the US.”

The Arizona fab would support demand in the infrastructure and national security segments, although the volume would be relatively small, Liu said.

Addressing shareholder concern over expensive manufacturing costs from overseas fabs diluting the company’s gross margin, Liu said that the expansion is backed by its clients, who are willing to share the cost and help overcome the difficulties.

The chipmaker declined to comment on partnerships with clients, he said, referring to a shareholder’s question about a potential collaboration on fab construction with Sony Corp and German auto chip supplier Infineon Technologies AG.

The company is confident of reaching its five-year goal of keeping gross margin at 50 percent, Liu said, adding that even now, it is aiming higher than 50 percent.

Liu said that he was not concerned about the countries’ localization plans, as their semiconductor supply chains would be partial.

The majority of semiconductors used in consumer electronics, such as smartphones, would continue to be made at fabs with cost efficiency, he added.

Revenue for the whole of this year is expected to increase more than 20 percent in US dollar terms, surpassing the global industry average of 17 percent, TSMC chief executive officer C. C. Wei （魏哲家） said.