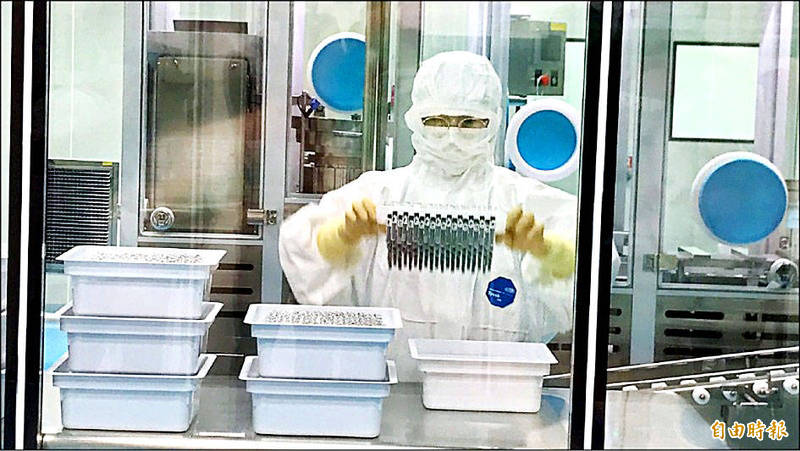 RESULTS QUESTIONED: Politicians compared a change in expert personnel amid a vaccine authorization process to switching graders halfway through an examination

Lawmakers yesterday called on the Food and Drug Administration （FDA） to release the names of the experts who were consulted on emergency use authorization （EUA） standards, amid allegations that it reshuffled a committee to favor experts who support immunobridging.

Medigen Vaccine Biologics Corp on Tuesday last week said that it had applied to the FDA for an EUA for its COVID-19 vaccine after on June 10 announcing the results of its phase 2 trials.

However, at a meeting on May 28 to discuss EUA standards for domestic COVID-19 vaccines, half of the original 16 members were replaced, while four officials from the Ministry of Health and Welfare were added, UDN reported, citing an anonymous source with knowledge of the matter.

All but one of the 20 members reportedly favor immunobridging, a method of determining vaccine efficacy in lieu of late-stage clinical trials, the newspaper said.

It is normal to have experts debate new medicines and procedures, as it helps clarify the facts, Taiwan People’s Party Legislator Ann Kao （高虹安） said.

“Can you replace the graders halfway through an exam?” Kao asked. “How reliable would the results be?”

If the UDN report is accurate, it could destroy the credibility of domestic vaccines, even if they are authorized, Kao said, adding that the FDA should release the names of the committee members and explain the matter.

“What credibility does the government have left to speak of?” Chiang asked.

By pressuring the experts, President Tsai Ing-wen （蔡英文） is causing people to view the vaccine approval process as a political matter rather than a scientific one, Chiang told a radio program.

The KMT caucus has requested transparency in the EUA process to ensure that it is not treated as a mere formality, he said.

The FDA in a statement said that the report was factually misleading.

Experts are invited to each meeting according to the topic being discussed and to avoid conflicts of interest, it said.

“There is no such thing as a fixed list or replacement of members with different viewpoints,” it said.

The meetings on May 6 and May 28 were convened to discuss methods of evaluating vaccine efficacy and whether immunobridging could be used in the EUA process, it said.

The first meeting aimed to gather a range of opinions, so experts who were involved in clinical trials of COVID-19 vaccines were invited, the FDA said.

The second meeting was called to discuss EUA standards in detail, so the scientists involved in clinical trials were not invited, it said, adding that statisticians were sought, as the topic required their expertise.

Such meetings inform the agency’s decisions, but are distinct from those held to decide EUA standards, so it was willful misrepresentation by the media, the FDA said.