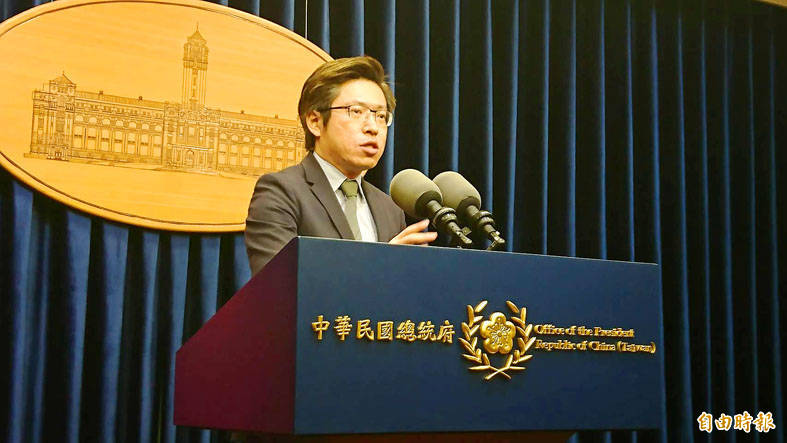 The remarks came in response to a Twitter user who late on Thursday posted a document that the user claimed was from Presidential Office and showed that water from the wrecked plant was to be processed in Taiwan.

Presidential Office spokesman Xavier Chang （張惇涵） in a statement yesterday said that the document was “a complete fabrication” and uses language that would not be used in a government document.

Tsai on Facebook reiterated the statement, saying that errors and the use of simplified Chinese suggest that the creator of the document was not familiar with Taiwan.

The social media post is “a typical example of cognitive warfare,” Tsai said, without elaborating who might be behind the document.

Taiwanese should be aware that disinformation from unknown sources might serve a cognitive warfare agenda, Tsai said, adding that people should not further spread such social media posts.

“Taiwan’s freedom is hard-won, and we will not allow cognitive warfare to tear apart our society,” Tsai said.