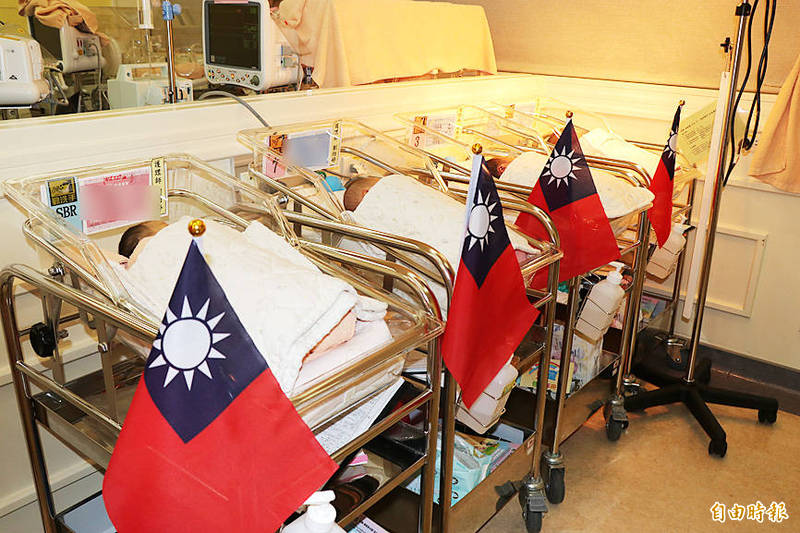 AGING PARENTS: As the number of women waiting until after 35 to have children increases, so do the number of premature births in Taiwan, an expert said

The Health Promotion Administration （HPA） is to implement a program for the home care of prematurely born babies, after more than 10 percent of babies born in 2019 were premature or underweight.

Data from 2019 showed that 10.24 percent of newborns weighed less than 2.5kg, while 10.4 percent were preterm births, the HPA said yesterday, adding that it has produced a booklet for parents of premature and underweight babies, and that it is planning to offer a home-care program.

When babies are born prematurely their organs are not fully developed, which can lead to heightened risk of respiratory distress syndrome, patent ductus arteriosus, periventricular leukomalacia and other conditions, the HPA said.

The HPA has produced a booklet for parents of premature babies, but it has found that they are having difficulty coping, HPA Deputy Director-General Wu Chao-chun （吳昭軍） said, adding that he hopes the government can do more to help, including when parents have to deal with related problems later in the child’s life.

“We plan to have doctors visit families at home to give more detailed advice,” he said. “The program is to be implemented at five hospitals nationwide in the coming year.”

Resources for parents of premature babies are concentrated in major cities, but the new program would make more resources available in rural areas, as well as outlying islands, Wu said.

The majority of premature babies are twins or triplets, or are born to mothers who are more advanced in age or who have pre-existing medical conditions, Taiwan Association of Obstetrics and Gynecology secretary-general Huang Min-chao （黃閔照） said.

The number of women having babies after the age of 35 is on the rise, which has led to an increase in the number of preterm births, Huang said.

The majority of babies born prematurely — defined as those born before 37 weeks of pregnancy — are healthy, but some face brain development problems, Huang said.

Those born between week 24 and week 28 are particularly susceptible to health problems, he said, urging the government to invest more resources into the problem as soon as possible.